This frame house in the Fort Johnson complex of James Island goes by many names because it has served several roles since it was built in 1922. Fort Johnson was the site of the first shot fired onto Fort Sumter on April 12, 1861, signaling the start of the Civil War. However, the fort dates to 1704, when colonial governor Nathaniel Johnson – the fort’s namesake – ordered it built to fortify the Charleston harbor. Since that time, earthworks and other buildings, including a 1765 powder magazine, remain on the site. Today the 90-acre property is owned by Marine Biomedicine and Environmental Sciences, an academic and research center that includes partnerships with the Medical University of South Carolina (MUSC), the College of Charleston, and the South Carolina Department of Natural Resources. 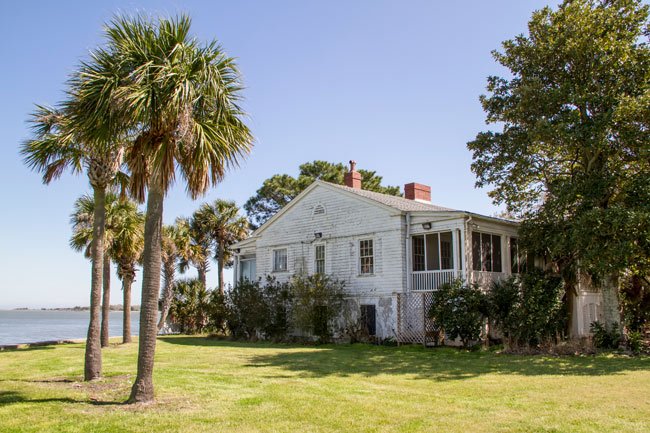 Following the Civil War the fort sat vacant until the 1920s when the federal government made it the official Quarantine Station for the Port of Charleston. During this era this home was built to house the harbor master along with the other surrounding structures, which were used as a storage facility and a garage. The harbor master could see the entirety of the harbor from his home, including Fort Sumter, seen in the distance in the below photo. The quarantine station was eventually abandoned, and the structures built for the station fell into disrepair. 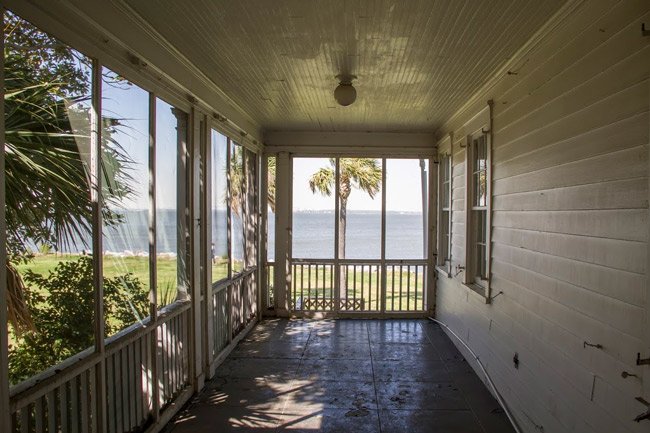 In 1954 the College of Charleston in conjunction with MUSC purchased the property, then 40 acres, for use as the Fort Johnson Marine Biological Laboratory of the College of Charleston. The president of MUSC lived in the former harbor master’s home, lending to the house’s nickname, the President’s House. Its white wood frame exterior also gave rise to another moniker, the White House. Today other historic structures sit on the Marine Biomedicine and Environmental Sciences site, including the aforementioned powder magazine and Marshlands Plantation as well as new buildings such as the 80,000-square-foot Holling Marine Lab, a state-of-the-art laboratory for the study of molecular biology and structural chemistry of the marine environment. The lab opened in 2000. 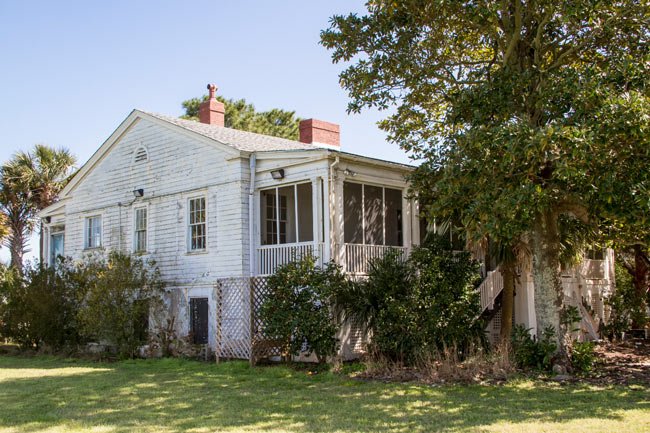 The harbor master’s home, as well as the storage building, garage, and a cistern, were all proposed for demolition by MUSC in 2015. The home was most recently used for administrative offices but has been empty since early 2015. The proposed demolition has come under scrutiny by preservationists, most notably the State Historic Preservation Office, which has advised MUSC against it. The Preservation Office cites the buildings from the fort’s quarantine station days as historically significant, though MUSC claims that the dilapidated buildings pose both safety and environmental hazards. 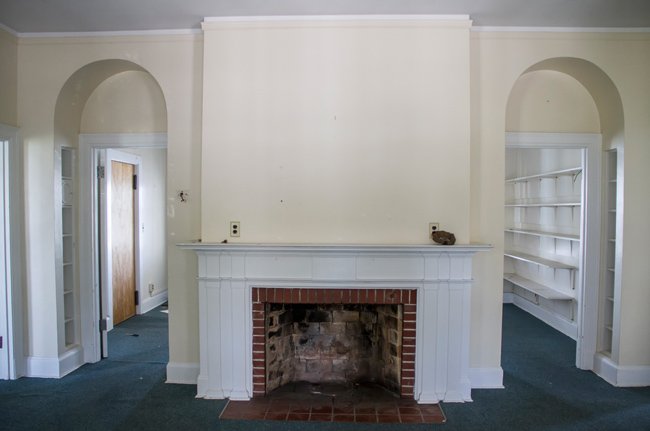 As of April of 2016, the buildings remain standing at Fort Johnson, though plans to tear them down, including this structure, continue to progress. The harbor master’s home, the storage building, and the garage are not listed in the National Register, which makes them more vulnerable to demolition.