This historic home within Charles Towne Landing was once part of Old Town Plantation. Now called the Legare Waring House, the land on which it stands was part of South Carolina’s first permanent settlement, Charles Towne, established by English settlers in 1670. When the English relocated to what is now White Point Garden in downtown Charleston just 10 years later, the abandoned land was granted to James LeSade, who established Old Town Plantation. 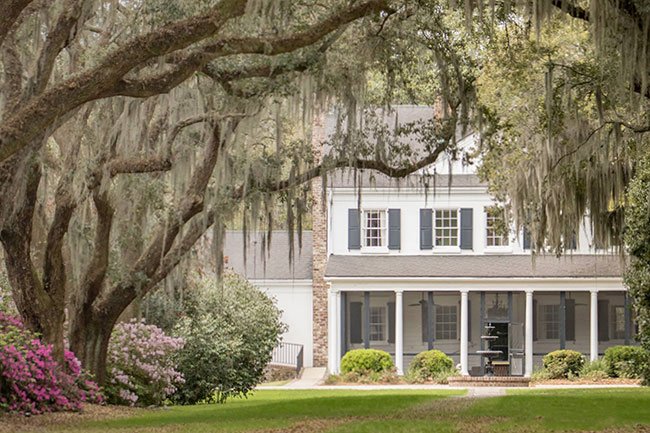 Melissa Lewis of Charleston, 2019 © Do Not Use Without Written Consent

The property changed ownership over the subsequent years. A main house was built on the plantation some time during or shortly after the Revolutionary War by Elias Horry, Jr., who owned the land during the late eighteenth century. It then fell into the hands of Jonathan Lucas, and the grand home built by Horry, known as the Horry-Lucas Home, burned some time in the late 1830s. 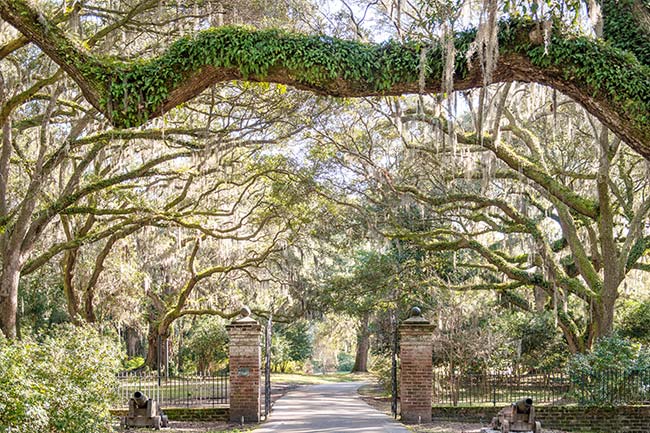 Jim Epper of Charleston, 2018 © Do Not Use Without Written Consent 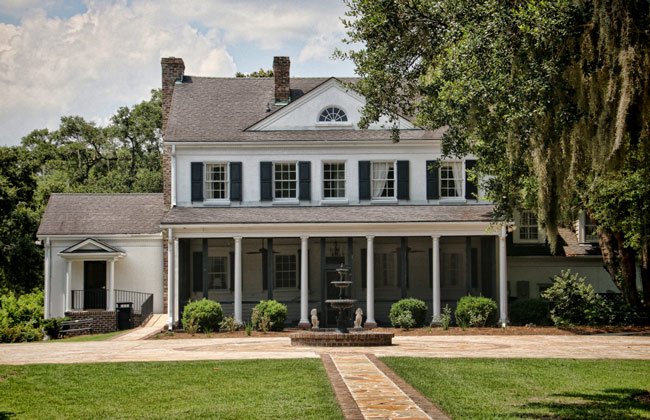 Following the Civil War the land was owned and farmed by George Seabrook Legare, and it later passed to Legare’s daughter, Ferdinanda Izlar Legare Backer Waring, in the 1930s. She and her husband, Dr. Joseph I. Waring – for whom the Waring Library at the Medical University of South Carolina is named – enlarged the home to three times its size in the 1930s and 1940s before making it their residence. In fact, Ferdinanda Legare Waring was the primary designer of the home’s architectural changes. 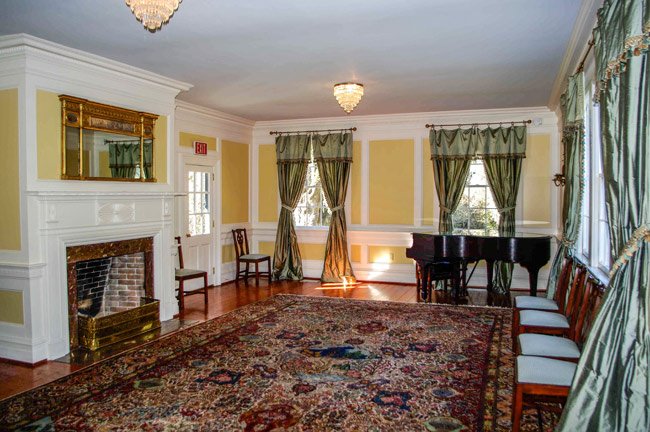 Steve Higgins of Washington, DC, 2010 © Do Not Use Without Written Consent

From the 1940s through the 1960s Ferdinanda sold flowers and eggs from the estate. The Warings sold the surrounding property to the state for use as a public park in the 1970s, provided they could continue using the home as their residence. In the 1980s the home was left to the Warings’ daughter, Nancy Stevenson, who was elected the state’s first – and to date only – female Lieutenant Governor in 1979. Since then, the home has hosted many of South Carolina’s first families and is currently a popular wedding and event site. 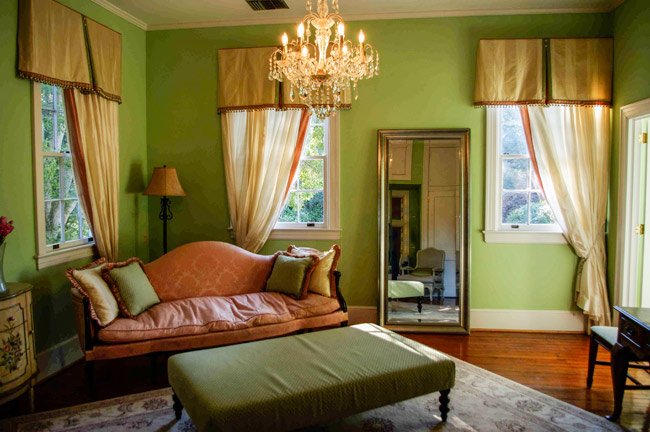 Steve Higgins of Washington, DC, 2010 © Do Not Use Without Written Consent

The Legare-Waring House, like many other properties in this region, had an allee of trees that approached the front of the home. These live oak (Quercus Virginiana) trees were considered an improvement on the grounds and added ornamentation to make the homes appear more impressive. 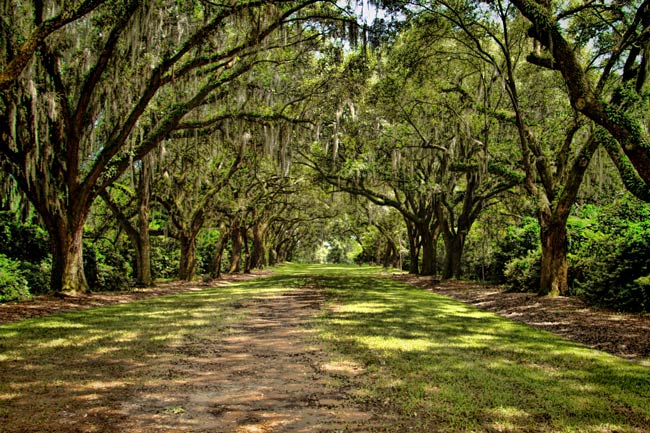 Charles Towne Landing is listed in the National Register as the Site of Old Charles Towne:

(Charles Towne Landing State Park) The settlement of Carolina was planned as a planting and trading province by the Lords Proprietor, and the success of the venture came about through the efforts of Sir Anthony Ashley Cooper, after a 1664 settlement on the Cape Fear had failed. After a stormy voyage during which the vessels Albemarle and Port Royal were lost, the Carolina anchored off the Carolina coast and the settlers decided to plant at Kayawah. They arrived early in April 1670. This group was joined on May 23 by a sloop, The Three Brothers, that had come by way of Virginia. The settlement was located on the Ashley River in a country known by the Indians as Kayawah, and that is was on a point of land having a river on one side and marsh on the other, known as Albemarle Point. In November 1670, the colonists were informed that the town in which they were settled was to be known as Charles Towne. Threats of a Spanish invasion made the settlers quick to build fortifications. Both a broad trench and a palisade may likely have been used. 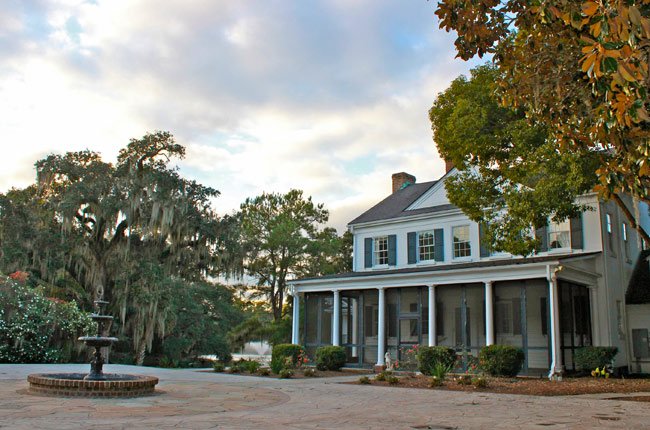 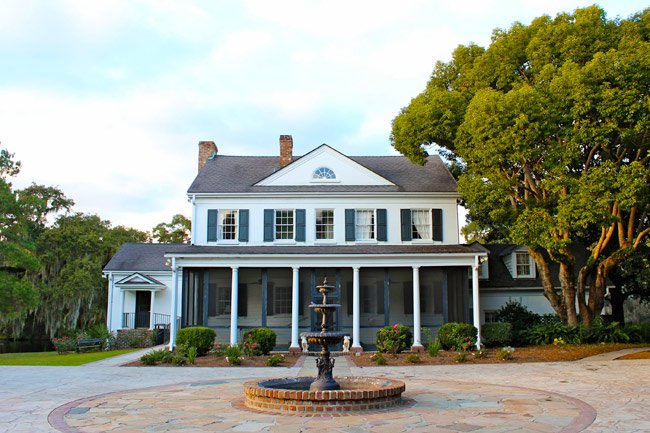