UPDATE: This structure was torn down on Thursday, November 19, 2015.

Tucked away on an undeveloped lot along the Ashley River in Charleston sits a fireplace with an intact chimney. At first glance, the brick structure looks like the neglected remnant of a fashionable outdoor living space; in reality, the chimney is anything but a stylish component of modern landscaping. Upon closer inspection of the chimney, one can read a plaque at the top that says, “German Prisoners of War 19.1.1945.” The chimney and fireplace were built by German soldiers. 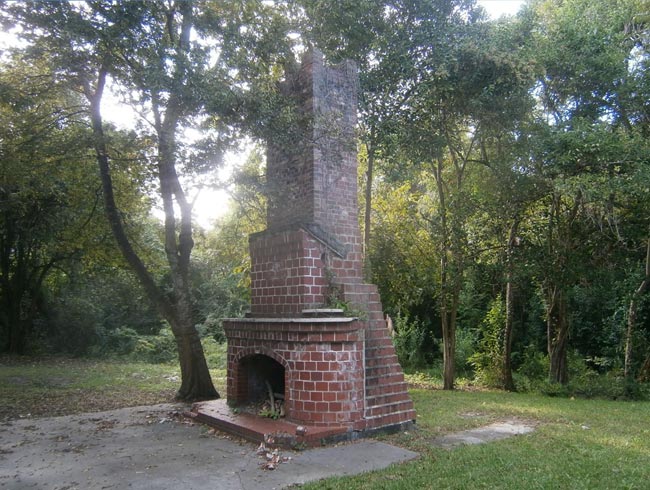 Another plaque adorns the back of the chimney. It lists four names, most likely belonging to German prisoners who stayed here. The fireplace is all that remains from this World War II prisoner of war camp that housed Germans at the end of the war. The camp that was established here was one of five such camps around Charleston. The camps were rudimentary, consisting mostly of tents and rustic buildings. Following the war, new neighborhoods such as this one were developed as soldiers returned and people started families. Local lore says that a former building in this camp was used for neighborhood gatherings for years after the war. 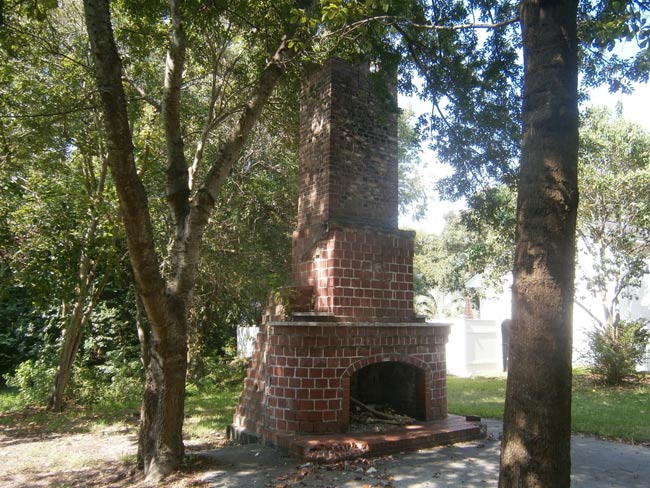 The chimney stands as a reminder of the 500 German soldiers who were imprisoned here on an 18-acre tract of land secured by barbed wire and guard towers, and the current property owners want it demolished or removed. The lot is currently owned by an old Charleston family of Jewish faith, and the family wants the structure gone not only to resolve a larger drainage issue with the lot but also because the concrete reminder of the atrocities committed by Nazis is too painful to bear. 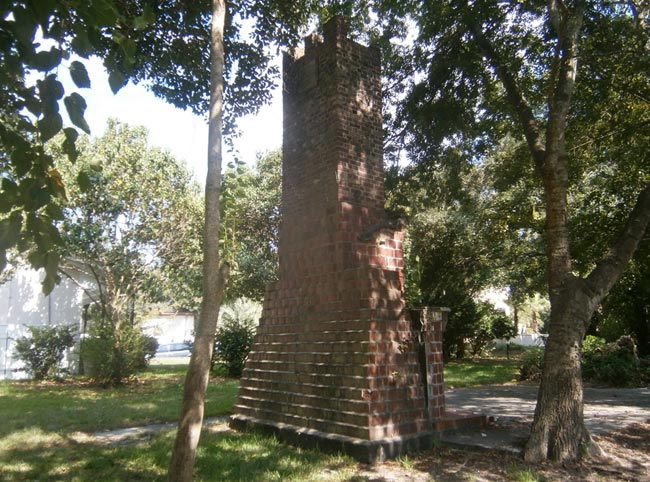 In June of 2014 the chimney was officially denied protected historic status by Charleston’s Planning Commission. The family has yet to tear down the chimney, offering it to any one who believes it is worth preserving for historical reasons. Though many residents think the artifact should remain intact as a piece of history, so far no one has offered to relocate the chimney to another site.