Below is the former Marine barracks on the old Charleston Navy Base in North Charleston. Known as M-17, the quarters dates to at least the 1930s and was likely built earlier. The Navy Base was established in 1901 and operated until 1996. 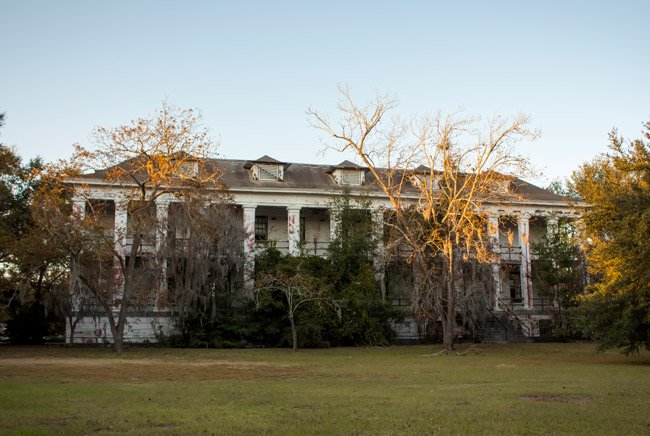 Upon its closing, most of the buildings associated with the base fell into disrepair. In later years before the base closed, M-17 was used as offices. 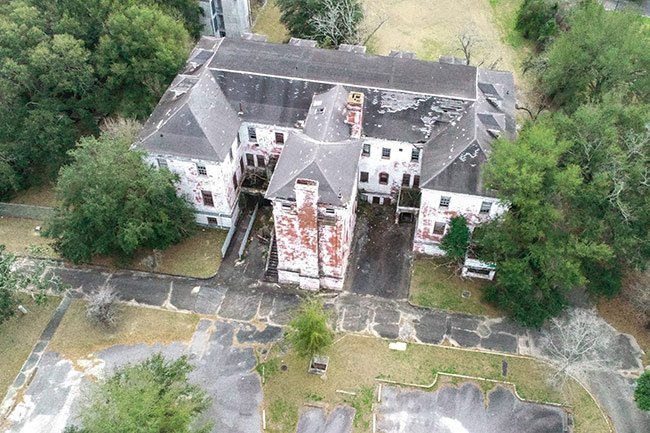 In 1995 it housed Defense Finance and Accounting Services, Cleveland Center. The future of the building is uncertain. 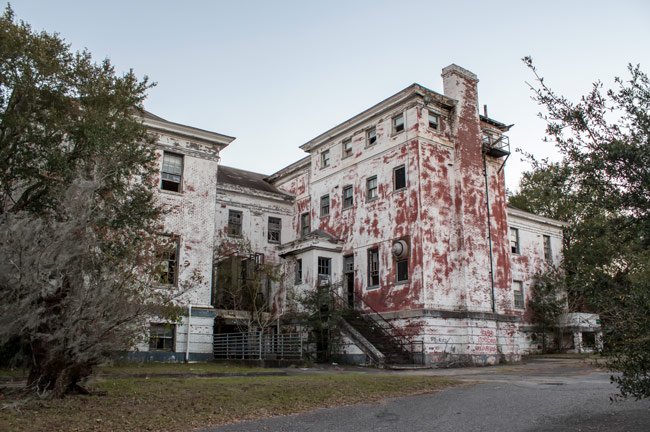 Reflections on the Marine Barracks

Contributor Fred Coulsey shares his experiences and memories of his time at the Marine Barracks:

“I returned from Vietnam September 1974 and was sent to the Marine Barracks in Charleston as R&R. My primary MOS was small arms repair and I was the armorer there.

In the red brick admin building as you are looking at the front of it (as shown in the parade photo) the bottom floor going from left to right was the Guard Shack where the Sgt. of the Guard was, guard offices (Capt. Mularkey, a gunny, etc.) Directly across from the guard shack was the armory. This is where I first sat for 8 hours a day doing nothing. All rifles were kept there and when there was a parade, all would check out their rifles and return them when the parade was over. 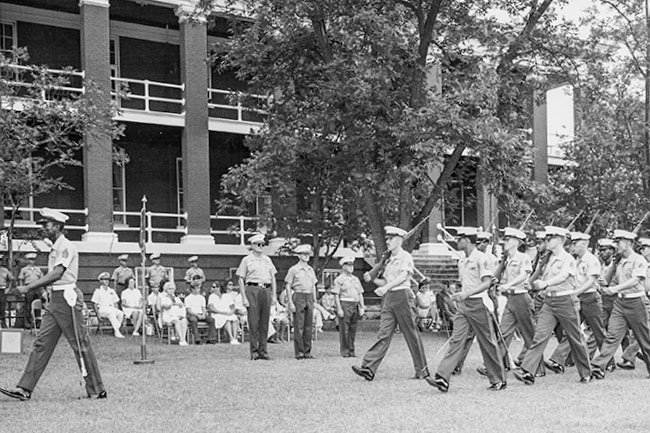 Fred Coulsey of Charleston, © Do Not Use Without Written Consent

Next to the armory was the small supply room where bedding,  sheets, white gear, etc. was issued. I volunteered for the job as I had nothing to do.

On the second floor going from left to right was the Admin offices, the supply office in the back then the hallway leading to the outside stairs. The office to the right was for the CO (Colonel Sloan) and the Sergeant Major – forgot his name. Found that both the CO and the Sgt. Major were both privates on 12-07-41 at Pearl Harbor. Fascinating talking to them about it.

Guard section has two, port and starboard. Prior to changing the guard the oncoming guard would be assembled and inspected prior to being posted. Lots of gates, lots of guards. Think there were over 200 Marine guards. 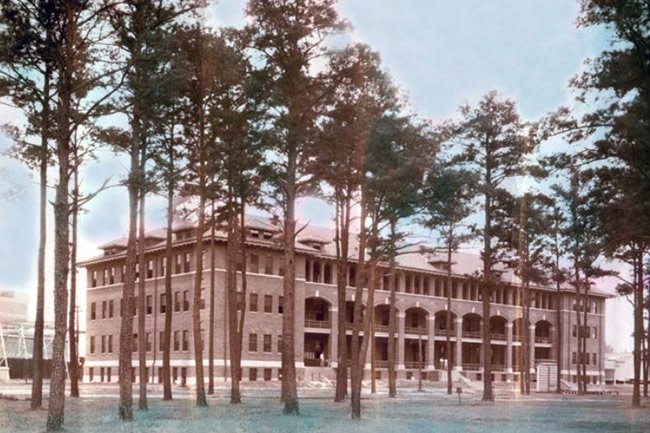 The original Marine Barracks, before usage was moved to Building M17.
(Courtesy of Fred Coulsey of Charleston, 1928 © Do Not Use Without Written Consent)

The white painted building which you have photos of: when I first arrived, the top 2 decks were squad bays for the guards. Once the new housing was built, they moved from the building to the new barracks.

On the 1st floor was the mess hall. You might be able to see a fan in the photos on the back of the building.  As you look at the back of the building, on the basement level on the far right there is an old room. Rather large and this is where the Duty NCO was posted. At the time we had a bulldog as a mascot so he had a place to stay and we fed and took care of him. Once he died the duty NCO was moved to the old hospital on the other side of the enlisted club. Here is where more Marine guards also lived. 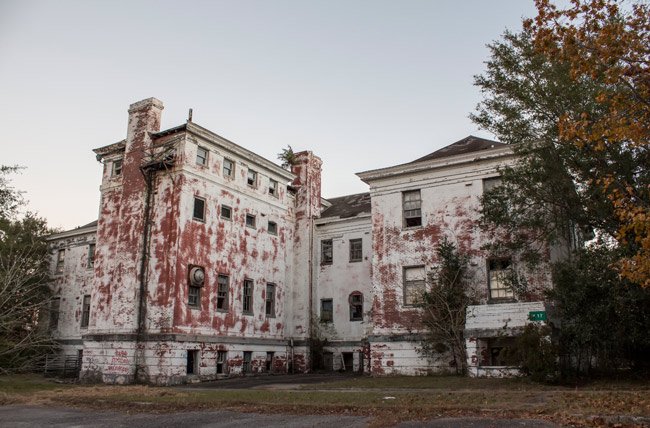 Everything was pretty routine there especially for the guards, One day on, one day off.

Among my armory and supply duties, I was also assigned as the base beautification officer. I would go to a local nursery and pick up loads of small fir trees. Then I would go to the Navy brig, sign out prisoners and we would plant these trees all along the main roads, all over the base. I was then told to plant flowers at the admin building (the CO liked flowers) so I got marigolds and planted a whole lot of them. Kicker is, most of the marigold plant were actually marijuana plants. I didn’t know, the CO was not pleased and the entire base was hysterical. Oh well.

Lt. Shipman was the Education/Morale or whatever officer so we decided to make a pistol range on the base. We got it built and when foreign ships would come into port, we invited them for pistol matches (.45’s of course). It was a great success and we even got a photo of a team from an Australian ship. As a result of the pistol range being a hit, Lt. Shipman, Myself and few other Marines were invited to the East Coast Rifle and Pistol matches held at Camp Lejeune, NC. I was lucky and received a Meritorious Mast. 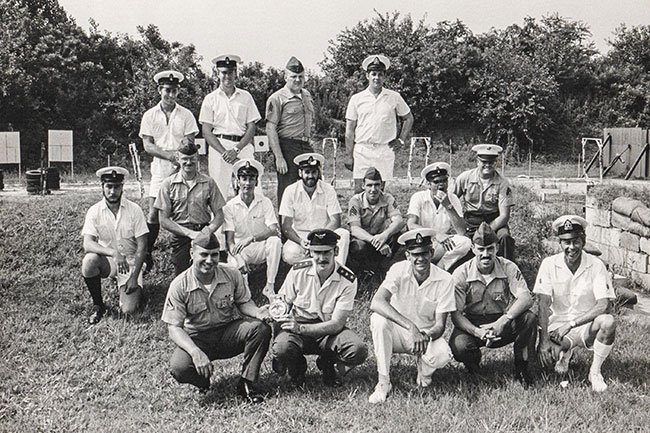 A team of Marines from Australia during one of the pistol matches.
(Courtesy of Fred Coulsey of Charleston, 1970s © Do Not Use Without Written Consent)

Every Wednesday we (headquarters platoon and off duty guards) would have the afternoon off and play softball. Once in a while we would play the navy lawyers. None of us were good but it was fun.

The base had a lot of civilians working there. Lots of activity, lots of people although I seldom had the opportunity to work with them.

As part of my duties I occasionally  would have to on navy ships to give classes on the .45 pistol and even got to train sailors to be the color guard for their Navy Birthday ball.”

More Pictures of the Marine Barracks 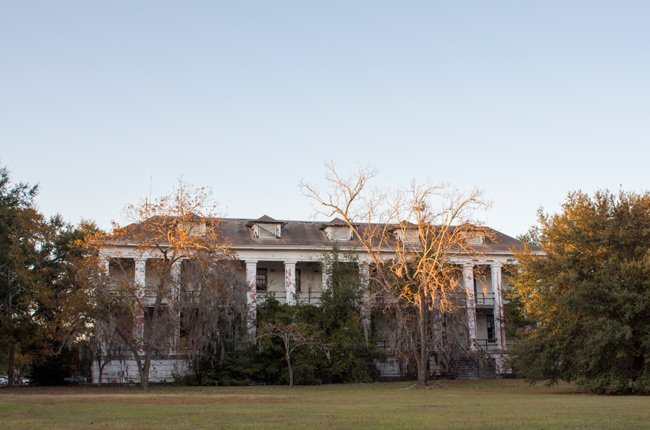 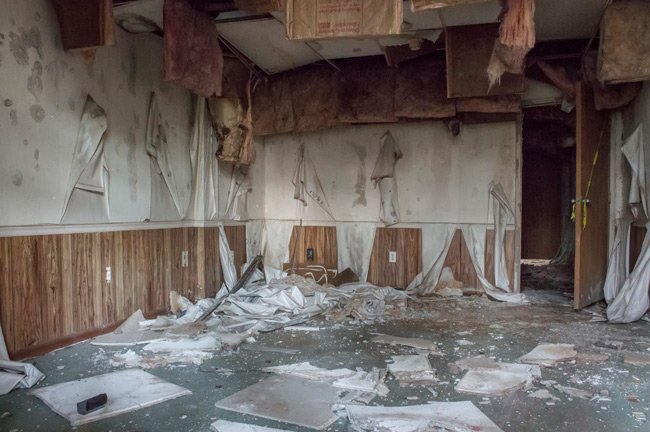 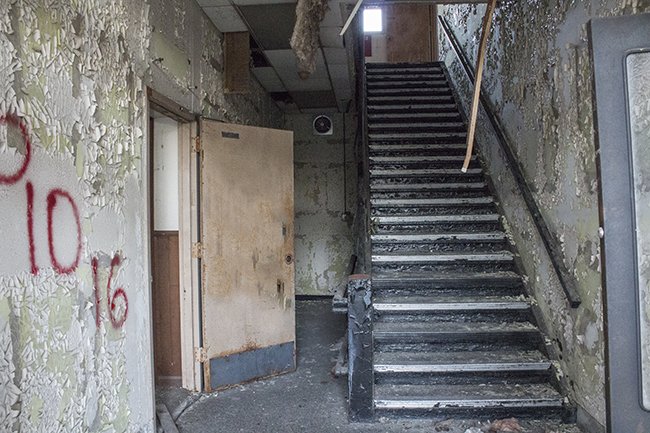