This Colonial Revival building was constructed between 1921 and 1922 as a public school serving the white students of McClellanville. It operated as an all-white public school until the federal government ordered all South Carolina schools to desegregate by the beginning of the 1970-1971 school year. When Archibald Rutledge Academy, a private school, opened in response to the desegregation order, most white families fled the public school, sending their children to the private academy. The McClellanville Public School then became an elementary school that served mostly black students until the school closed in 1983. At that time, students attended the new St. James-Santee Elementary School, also located in McClellanville. 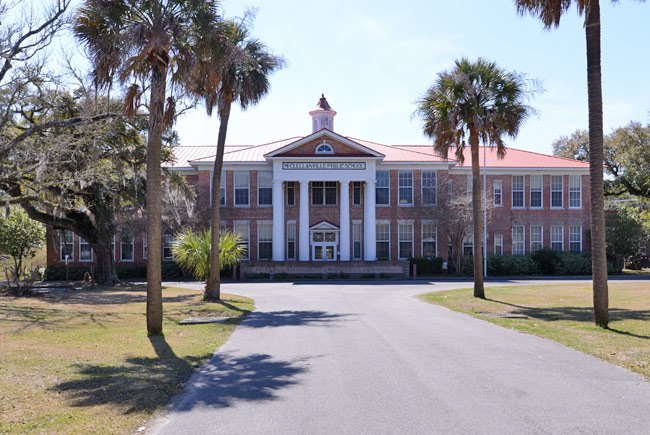 No middle school existed in the McClellanville area of the Charleston County School District during this time; public school students attended St. James-Santee Elementary School until sixth grade and then attended Lincoln High School (in McClellanville) from seventh through twelfth grade. Plans to convert the McClellanville Public School into a middle school were in discussion during the late 1980s when Hurricane Hugo derailed any thoughts of a new school in 1989. McClellanville was the site where the category-4 storm made landfall, wreaking destruction across the community and surrounding area. 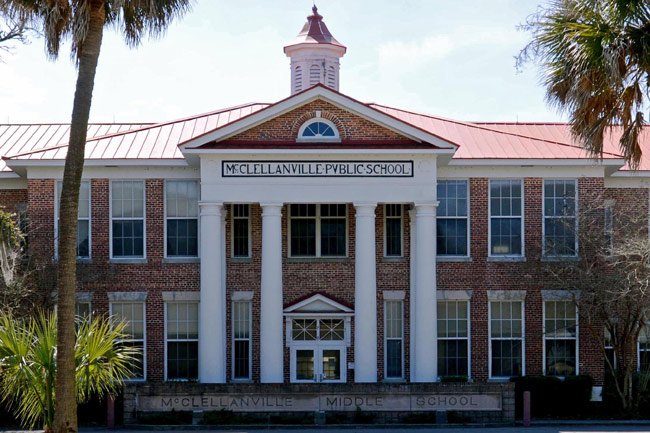 After the town recovered from the storm, the historic school building was renovated and became a contemporary middle school in 1991. The school’s design met with controversy as many residents claimed the school with its new additions was too big for the location and too costly for taxpayers. Other families stated that the district desperately needed a school to educate middle school students in an age-appropriate environment. The issue seemed to divide along racial lines, with most opponents of the school being white and proponents of it black. The student body of St. James-Santee Elementary School was 88% black at the time.