The town of McClellanville developed in the early-to-mid nineteenth century when landowner and town namesake Archibald McClellan divided his Pointe Plantation and sold lots to other planters from the St. James-Santee Parish. The planters built summer retreats along Jeremy Creek in the new village. After the Civil War, the rice industry collapsed due to the loss of slave labor. Planters then relocated to town and established new lives as merchants and fishermen. 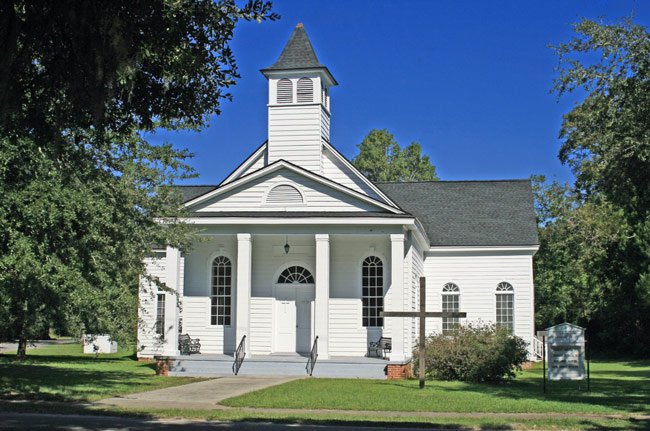 Soon after the war churches began organizing in the burgeoning town of McClellanville. Presbyterians from Awendaw, first called Wappetaw, relocated to McClellanville and founded New Wappetaw Presbyterian Church. By 1890 Episcopalians from the Wambaw Church had built a chapel in town, St. James-Santee Episcopal Church, which then became the parishioners’ main sanctuary, rendering the edifice at Wambaw obsolete (though it still stands). By the turn of the twentieth century, Methodists desired their own church in the fishing village, and in 1902 McCllelanville United Methodist Church was built. 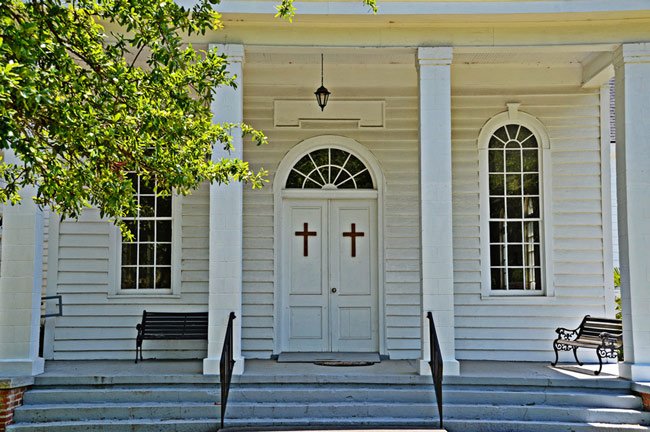 The Greek Revival church underwent a renovation in 1990 but appears essentially the same as it did when it was built. It remains an active church in the popular coastal community.