Built in 1808, the Nathaniel Russell House in historic Charleston is considered a premier example of Adam architecture. The home was built for Rhode Island merchant Nathaniel Russell, who came to Charleston in 1765 to take advantage of the city’s thriving seaport. Russell found great success as a shipping merchant, exporting Carolina Gold rice, indigo, cotton, and other goods grown prolifically in South Carolina. Russell also accrued wealth dealing in the international slave trade. 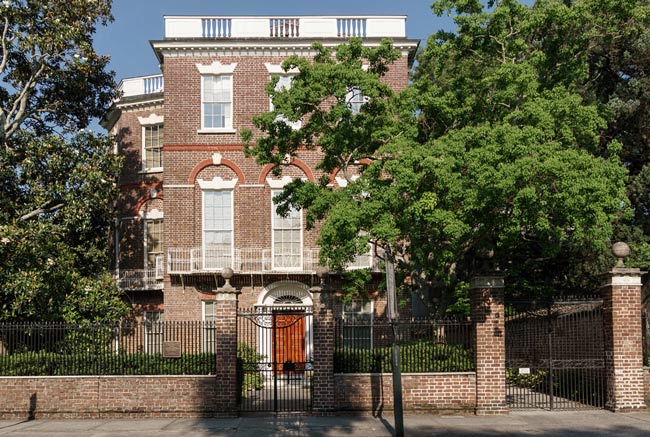 Russell married for the first time at age 50. He and his wife, Sarah Hopton, subsequently had two daughters. By the early nineteenth century, Russell was ready to construct a home that would display his success, though local lore claims that he had the home built in order to attract suitors for his daughters. The home remained in the Russell family for nearly 50 years before it became the home of Governor R.F.W. Allston and his wife, Adele Petigru. 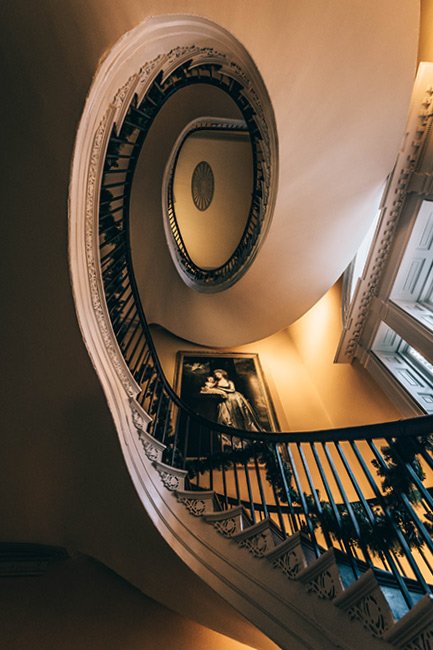 Nick Livingston of Charleston, 2017 © Do Not Use Without Written Consent

Following the death of Allston in 1864, his estate sold the home in 1870 to the Sisters of Our Lady of Mercy, who converted the home into a boarding school. The school operated until 1905. The home then again became a private residence until 1955. During that year, the Historic Charleston Foundation was formed to purchase and preserve the home. Since then, it has been maintained by the Historic Charleston Foundation as a house museum and is open to the public. 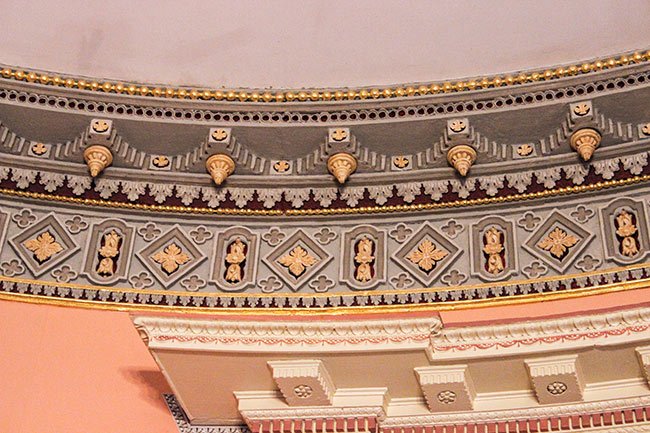 Kellsboro (Flickr) of Chicago, IL, 2016 © Do Not Use Without Written Consent

At one time, the formal gardens were bounded by a tall fence that separated them from a workyard where enslaved people lived and labored. Here, slaves had space to grow vegetables and raise livestock. The brick building shown here was a dependency where an estimated 18 people lived – in the upper quarters alone. The lower quarters served as a kitchen and a laundry. 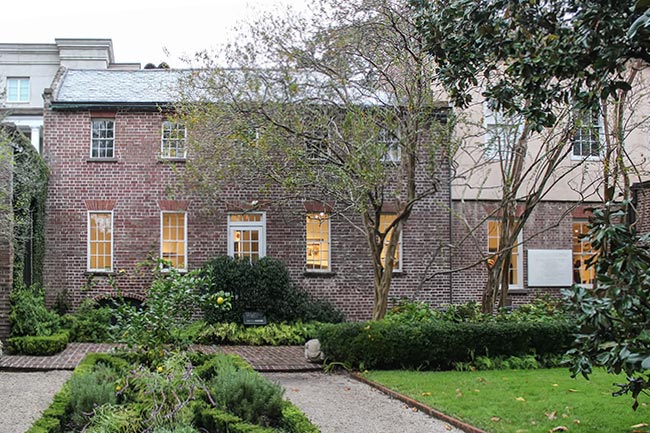 Kellsboro (Flickr) of Chicago, IL, 2016 © Do Not Use Without Written Consent

Notable features of the house include the famed elliptical free-flying staircase, which rises three stories (seen above), and the exterior ironwork, featuring the monogram of the home’s original owner, Nathaniel Russell.

The Nathaniel Russel House is a National Historic Landmark and is listed in the National Register:

The Nathaniel Russell House is an excellent example of the Adam style of architecture. Russell’s house was built when local carpenters had a decade of experience with the light and airy manner made popular by Robert Adam. His house has been called an exercise in ellipses, for from its free-flying stair to the wrought iron balconies, to the principal windows and doors, we find the expression of movement, combining in a contrast of forms. It was the last great house of the city’s post-revolutionary period. Built in 1809, the house is in the form of a rectangle, conforming partially to the outline of a single house, but with a strongly projecting four-sided bay which rises the full three stories of the central block of the house. Its face is dressed with marble window lintels, relief brickcourses, lovely bright red cutting brick arches above the windows of the second story, and topped with a paneled balustrade running fully about the central block and the south bay. The house is constructed of brick and has a hipped roof. The interior detail has all the delicacy and intricate ambition of the American version of the Adam manner. Slender double-encased pilasters in door and window architraves, Chippendale fret, anthemions, the iris, urns and swags, combine and enhance each other in both plaster and wood to give the rooms a most extraordinary refinement. 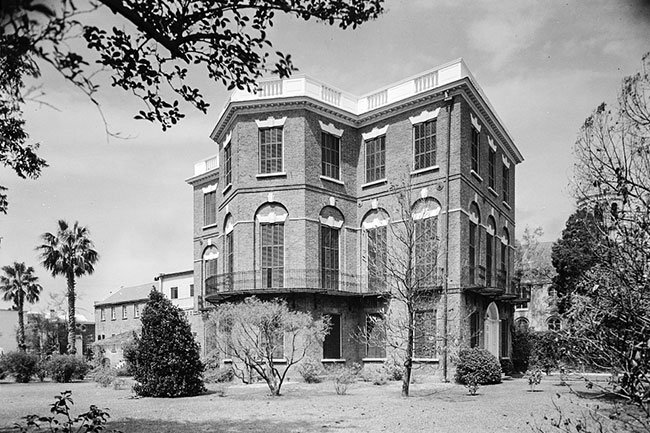