This grand home in the Officers’ Quarters District of the former Charleston Navy Base was built in 1908 to house the Commander. The Navy Base was developed in 1901 in Chicora Park, a public garden commissioned in 1895 by the City of Charleston. The park, which was accessible by trolley from the peninsula, was designed by the Olmsted brothers, sons of notable landscape architect Frederick Olmsted, who is best known for designing Central Park. A Victorian-era home now called Quarters F stood within the park and served as the custodian’s cottage prior to the park’s development as a naval complex. Other homes, including Quarters C, followed the establishment of the base and were built in the early twentieth century. 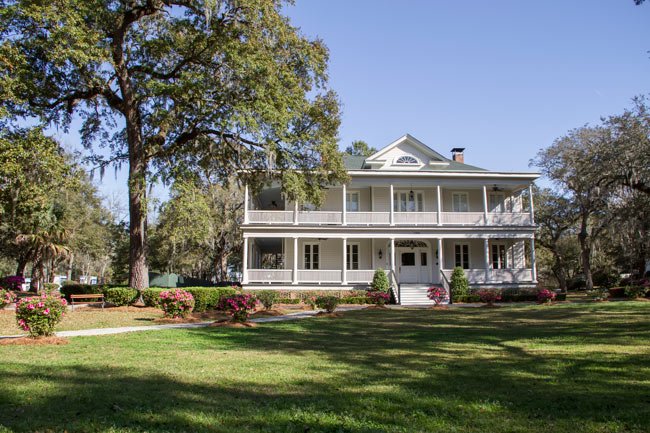 When the Charleston Navy Base closed in 1996, the stately officers’ quarters sat vacant and eventually fell into disrepair. Subsequent decades saw a failed attempt to develop the neighborhood by the Noisette Company, as well as a back-and-forth battle for ownership between the state and the City of North Charleston. Some structures are finally being restored and reused. Quarters C, now owned by North Charleston, is an example of a successful rehabilitation project within the former base. 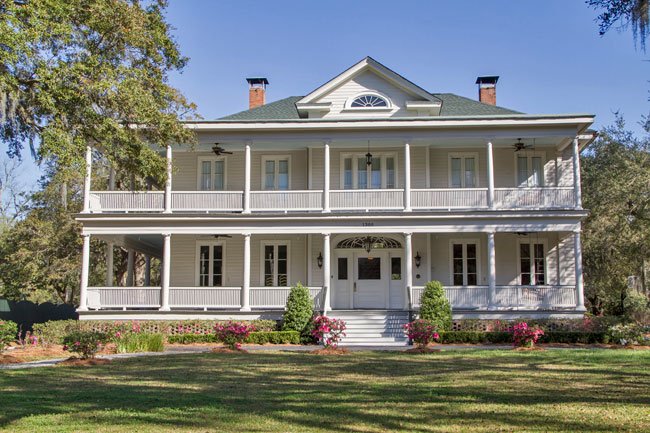 On October 16, 2013 a non-profit group called South Carolina STRONG, which leases the old house, unveiled its restoration of Quarters C. Founded in 2006, the group is comprised of former convicts and substance addicts who are taught employable skills and required to take and pass the GED in order to earn a high school diploma. The program is modeled after the successful Delancey Street Foundation in San Francisco. Enterprises within the South Carolina STRONG organization include a moving service called STRONG Moving and Trucking, a construction training program called Light Construction, and a catering service. South Carolina STRONG has remodeled three buildings within the Navy Base – Quarters C, Quarters Y, and Quarters Z. All three buildings now serve as housing for members of the program, and Quarters C is also used as event space. 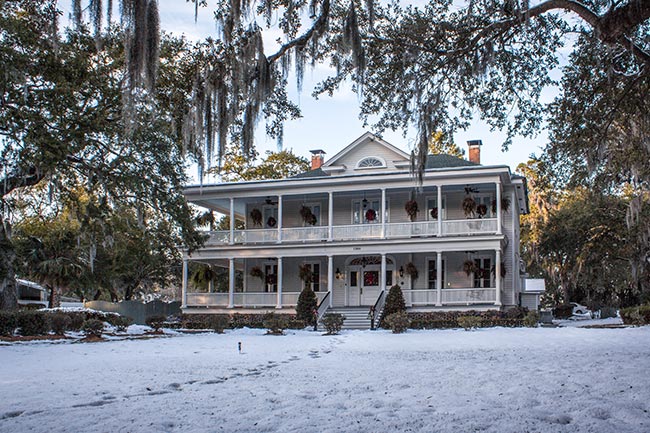 Quarters C is listed in the National Register as part of the Charleston Navy Yard Officers’ Quarters Historic District. Specific details regarding Quarters C are as follows:

Quarters C was completed in 1908 as a Commander’s residence. The 5,084-square foot residence is two stories in height and has an irregular plan. The main façade faces south. The large rectangular main house has a two-story rectangular kitchen ell extending from the north façade’s easternmost bay. The main house has a symmetrical front or south elevation of five bays with a center-gable bay projecting slightly from the middle rising from the first level to the central gabled open roof pediment. The foundation is brick pier construction, with an open brick lattice infill added in 1937. The house is of narrow weatherboard siding over wood frame construction. Three chimneys project from a composition shingled hipped roof, two on the main house and one on the rear kitchen wing’s low-hipped roof. All chimneys are brick and have flat metal screen hoods. The main roof has a single hipped dormer at the rear with an eight-over-eight-light double hung window for access to the attic. The front center open pediment of the center-gable’s projecting bay has narrow clapboard and a center semi-elliptical window. A small wooden one-story porch flanks the rear kitchen ell at the east elevation. It was enclosed in 1965 with the extension of the laundry and servants bathrooms and has small six-over-six sash and an entry vestibule with a door and transom.
A large two story double piazza with slender attenuated Doric columns extends across the front five bays of the main façade and wraps around the entire west elevation, therefore, adding a sixth asymmetrical bay to the porches. The piazzas were enclosed with heavy framed screening in 1937, recently removed. The front entrance opens at the center of the main south elevation at the third first-level piazza bay from the east.

Wood stairs rise to the porch at the entry and are a full porch bay in width. The present ca. 2005 wooden stairs replaced 1937 brick stairs with brick bulkheads and cast concrete caps that descended from a porch level landing to the east and west. The entry door is a single wooden one-light door over two horizontal raised panels. Two wide single-light sidelights flank the doorway and are operable doors. They have the same two horizontal raised panels as the doorway. The main entry and sidelights are divided by simple paneled pilasters and have a large glazed semi-elliptical multi-pane fanlight above a transom bar running the width of the decorative entry. Two sets of French doors with three-lights over two horizontal raised panels each open to the piazza on either side of the central door projection. The second floor porch matches the first with French doors at the center gable location flanked by matching sidelights. The west elevation has two pair of similar French doors that open onto the wrap-around piazza at the northern two bays at the first and second levels. The southern two bays have windows onto the side piazza. A small set of brick stairs (which replaced the original wooden stairs in 1937) exit the first level west piazza at the next to the last porch bay from the north. Secondary doors at the rear of the quarters are wooden and have five panels. One exits from the main stair hall to a short flight of brick steps (which replaced the original wooden steps in 1937) with brick bulkheads and cast concrete caps. A second exists at the west elevation of the kitchen ell and was added in 1937. The third exists from the enclosed kitchen wings east porch. Fenestration is arranged asymmetrically along the east and rear elevations with wooden double hung windows arranged in single, double, triple, and stepped configurations. The light arrangements vary, with four-over-two-light, four-over-four-light, six-over-six-light, and four-over-one-light sashes. At the center rear of the main building an eight-over-twelve-light double hung window flanked by two four-over-six-light double-hung sash creates the fenestration for a projecting second level bay at the stair hall. Sills are wood. A modern style bay window was added in 1941 to the first floor north elevation of the library replacing two double-hung sash. A molded cornice follows both the shed roofs of the porches and continues around the side and rear elevations. Gutters and downspouts are copper. A rear garage was moved close to the north elevation of the kitchen ell in 1935.