When the Church Act of 1706 named the Anglican Church as the state church of South Carolina, the province was divided into 10 parishes. Johns Island was part of St. Paul’s Parish during these early years. However, an Act of Assembly in 1734 created more parishes, and Johns Island then became part of St. John’s Parish instead. A new parish church was established as a result, and the first St. John’s Episcopal Church was built on the present site in 1735. 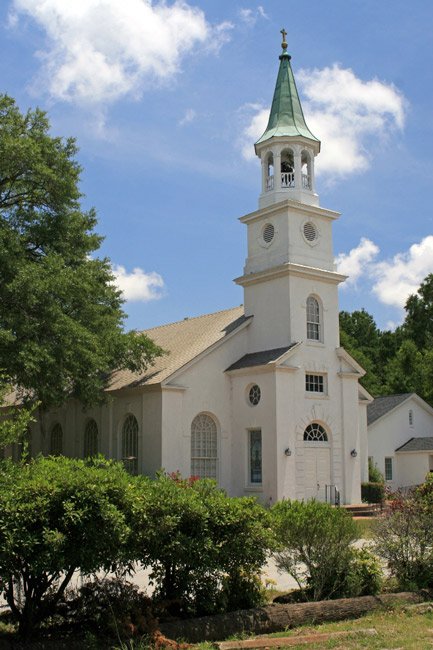 In 1817 the first church was replaced by a newer edifice, this one said to have a “handsome portico.” The second church was destroyed in the spring of 1864 by a fire that engulfed much of the island. A third church was completed by 1875 and served the congregation for 80 years. The present church replaced the third church in 1955. The spire was added the following year as a gift to the church from Bishop Albert Thomas. It was designed and built by Bishop Thomas’s son, an architect. 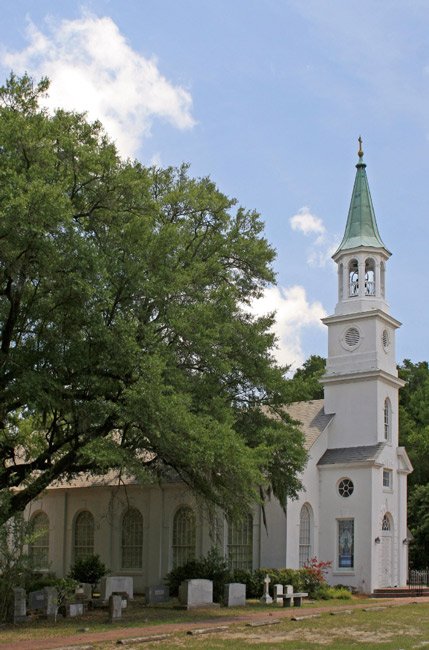