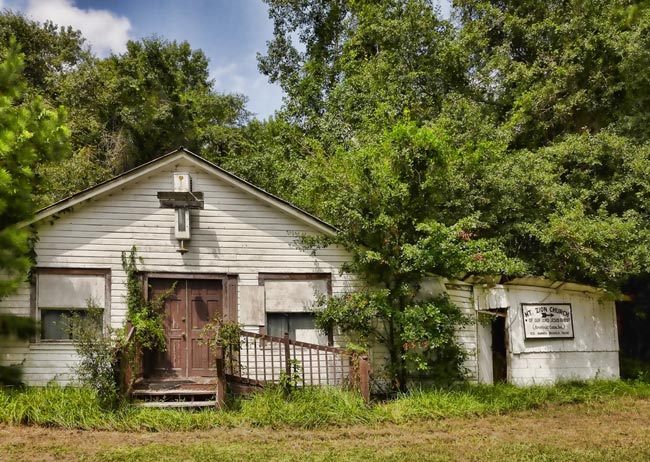 The denomination requires women to cover their heads during worship. Though women of the church are not ordained, they still hold various leadership roles in the congregation, particularly in the realm of mission. The church building seen here was built in 1930 and for years operated as a store called Corley’s Grocery Store as well as a residence. One account of the property’s history claims that the owners leased it to the church during the 1980s and 1990s. However, another version states that the building was sold to the church in 1977. The latter account was relayed by a relative of the building’s former owner. Today it sits vacant. 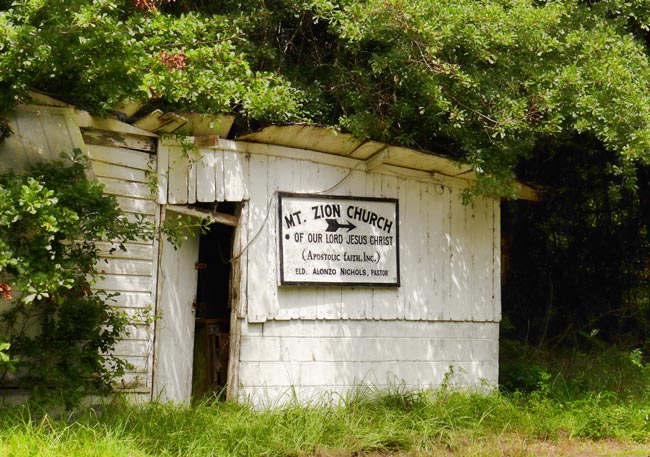 Lowcountry artist Bernadette Cali Leland, who shares her depiction of Mount Zion Church below, says that she remembers when the church was Corley’s Grocery Store. Leland, who lives behind the store, also shares that she and her horses always enjoyed the music sounding from the church on Sunday mornings. 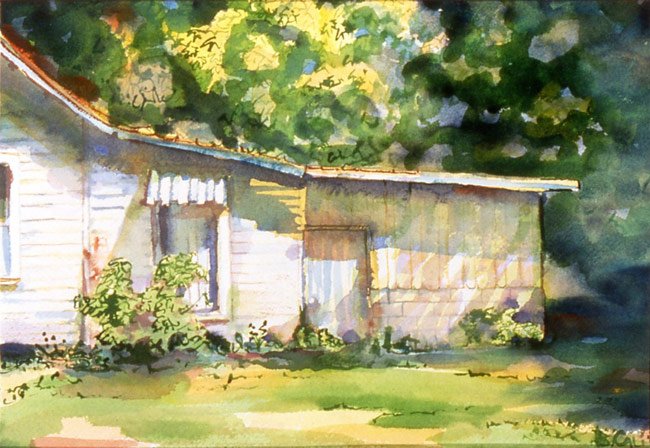 Bernadette Cali Leland of Charleston, 1998 © Do Not Use Without Written Consent

We would like to make this page better. Do you have information about the Mt. Zion Church that you would like to share? If so, please send it to the South Carolina Picture Project. Thank you!