Though the age of this Johns Island church remains controversial, the congregation was founded in 1710 by the Reverend Archibald Stobo. Stobo was a Presbyterian minister from Scotland who arrived in Charleston while traveling home from Central America after a failed mission trip. His ship, anchored for supplies, was destroyed in port during a hurricane. He remained in the city and eventually led the Circular Congregational Church before leaving to form five local churches, including Johns Island Presbyterian (originally called Johns Island and Wadmalaw Church) and nearby James Island Presbyterian. The Reverend Stobo also founded the Charles Town Presbytery in 1722. 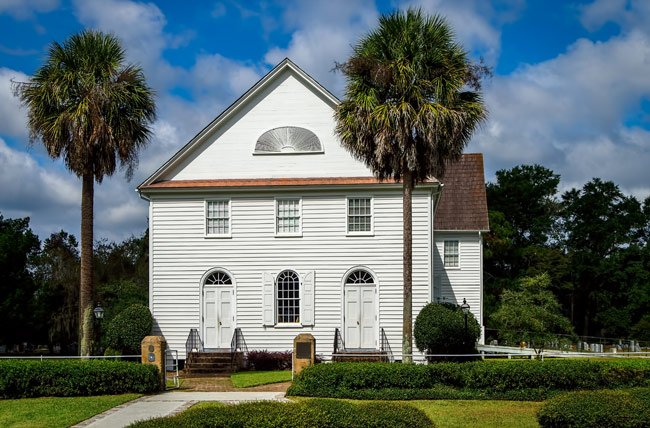 John Kirkland of Augusta, GA, 2013 © Do Not Use Without Written Consent

The first church to house the Presbyterian congregation on Johns Island was a meeting house built in 1719. Many local residents, including church leaders, claim that the present building is the original church, though it was only one story at the time. The second-floor slave gallery, they say, was added around 1823.

The National Register, conversely, notes that the Court of Chancery in South Carolina states in 1840 and again in 1842 that a church at this site was torn down and replaced with another church in 1822. The official church records burned in 1855, leaving the church’s construction date a source of debate. (We are unable to find primary source records to support either story; if you have information that might help, please contact share@scpictureproject.org. Thank you!) 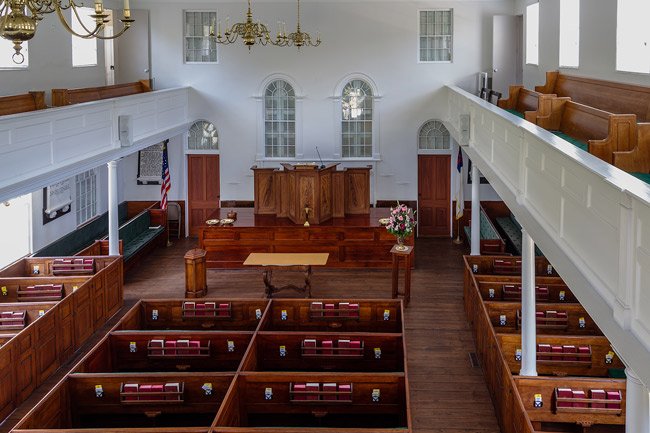 Older features of the church remain, such as the box pews, while modern additions to the historic church have altered its appearance in the twentieth century. An educational building was added to the rear of the church in 1935, which created the structure’s current T-shape. The churchyard for St. Johns rests behind the church building. The congregation remains active today and is affiliated with the Presbyterian Church in the United States of America, or PC (USA) denomination. 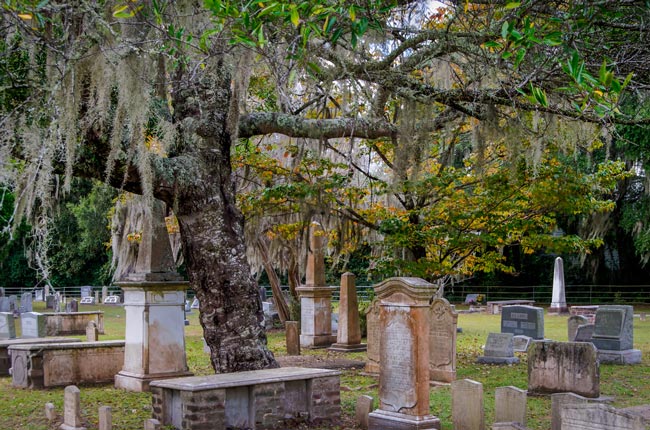 John Kirkland of Augusta, GA, 2013 © Do Not Use Without Written Consent 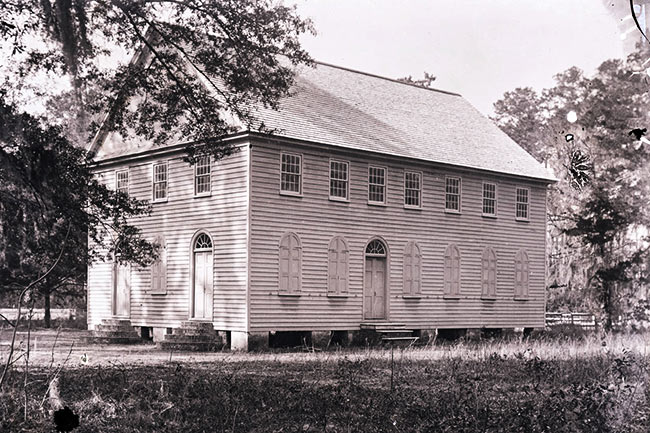 Johns Island Presbyterian Church is listed in the National Register:

Originally called Johns Island and Wadmalaw Church, the name was shorted to Johns Island Presbyterian Church in 1925. The date of the present church building is under dispute. According to local tradition it was built in 1719 and remodeled in 1792. However, Chancery Court proceedings of 1840 and 1842 refer to pulling down an old church and rebuilding a new one in 1822. A church school addition was built across the rear of the church in 1935. The frame meeting house church was one of the most prevalent styles of early church architecture in South Carolina. Containing refinements such as fanlights, arched windows, and interior balcony paneling, the church gives evidence of the builder’s attention to details and the wealth and prominence of its members, lowcountry planters. The front façade of this T-shaped clapboard structure consists of two front entryways with three-paneled double doors. Centered between the doors is an arched window with panel shutters. The spoked arch of the window is repeated in the fanlights of the doors. Centered in a boxed gable end is a semi-elliptical wooden fan. The church has beaded siding. The steeply-pitched roof has been covered with asbestos shingles. The church is surrounded by an open grassy area, part of which is the cemetery. 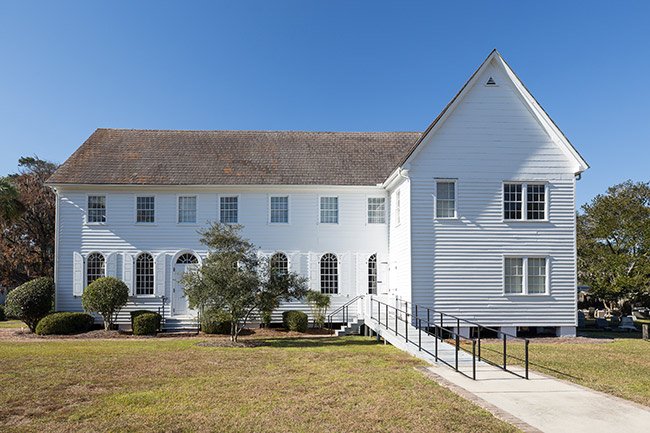