The Stono River is a tidal channel that wraps around Johns Island, separating it from James Island and the mainland of Charleston County. It is currently under threat from the extension of I-526. Please visit Nix526 to learn more. 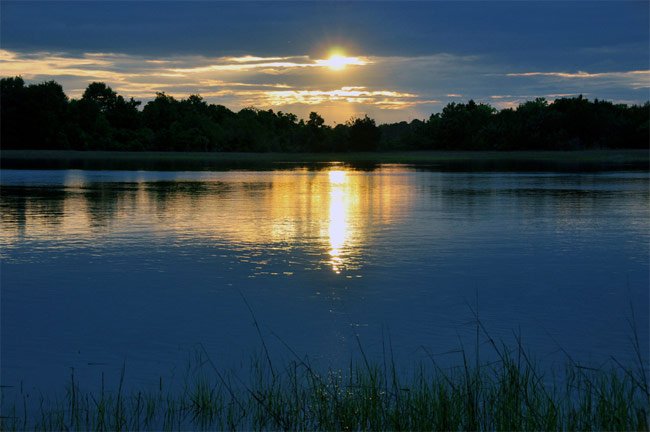 Ralph Preston of Murrells Inlet, 2010 © Do Not Use Without Written Consent

The river is named for the Stono Indians, a small subtribe of the Cusabo, and is an integral part of the Intracoastal Waterway. It is also the site of the Stono Rebellion, the largest slave insurrection in the colonies prior to the Revolutionary War. The rebellion began on September 9, 1739, when a group of 20 slaves shot two storekeepers in nearby Hutchinson’s Store, taking firearms and ammunition from the business. The group of slaves then headed south towards Florida, killing whites, burning homes, and recruiting more members to their cause along the way. Some slaves joined the group out of force.

Before reaching the Edisto River, the group was met by 100 armed white men, and a battle ensued. As a result, more than 20 white men and more than 40 slaves were killed. Slaves who escaped were eventually captured and executed. The uprising resulted in the Negro Act of 1740, which severely restricted the privileges of slaves, such as gathering in a group, earning their own money, and learning to read and write. 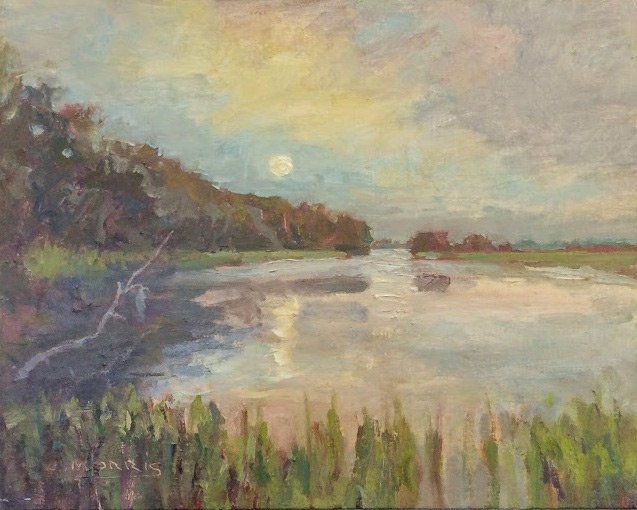 Chuck Morris of Charleston © Do Not Use Without Written Consent

The above oil painting by Charleston artist Chuck Morris is titled Moon Over Swygert and captures a clear evening along the Stono River as seen from Johns Island.

The Stono River Slave Rebellion Site is listed in the National Register:

One of the most serious slave insurrections which occurred during the colonial period took place about twenty miles southwest of Charleston in Stono, September 9-10, 1739. A number of conditions existed in South Carolina during the 1730s which were conducive to a slave revolt: large numbers of slaves fresh from Africa had been imported into the province; these first and second generation Africans retained a large measure of their culture; the blacks vastly outnumbered the white population; the military threat posed by the Spanish in Florida and the constant intrigue on their part to lure slaves into Spanish territory; the accessibility of weapons; and above all, the institution of slavery itself. Approximately eighty slaves participated in the Stono rebellion which brought destruction to several plantations in the area. The rebellion was led by a man named Jemmy who was an Angolan slave. It was at this location that slaves under his leadership attacked the Hutchinson warehouse located near the river. After killing the two guards and seizing the arms within they proceeded towards Savannah and hoped for freedom.