Although the building that now serves as Gaffney City Hall is modern, it holds a long tradition. The bell suspended in the clock tower is from the city’s first town hall which was constructed in the late 1800s. 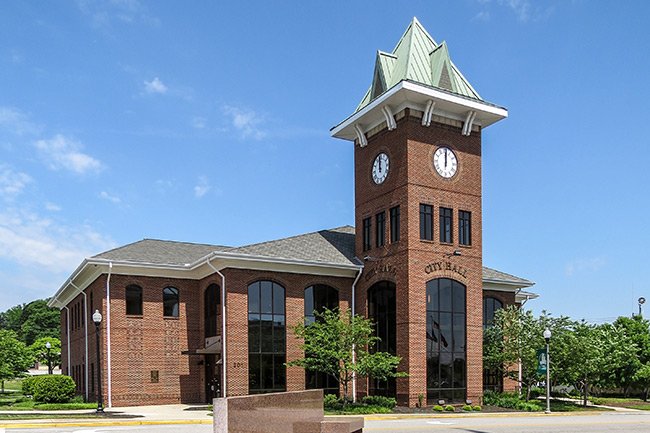 Kevin Thomas Boyd of Barnwell, 2015 © Do Not Use Without Written Consent

Photographer Rodger Painter writes: “The three brightest objects in the night sky attracted much attention Monday evening (12/1/08) as they converged to produce what was hailed by astronomers as the sky show of the year. The crescent Moon and the two brightest planets Venus and Jupiter are shown here in a triple conjunction above the Gaffney city hall, outshining a Christmas tree which can be seen in a window. The clock you see on the building is actually the original town clock which was in our first city hall. Following tradition, this is the third building to use the same clock.”