This historic sanctuary in Gaffney has housed a Baptist congregation since it was built in 1847. Prior to that year, a log cabin served local Baptists on this site. This brick church, which succeeded the cabin, was the project of Baptist minister Dr. Thomas Curtis of London, England, who also founded nearby Limestone College. The masonry that comprises the edifice is local brick supplemented with ballast from ships arriving to the port of Charleston. 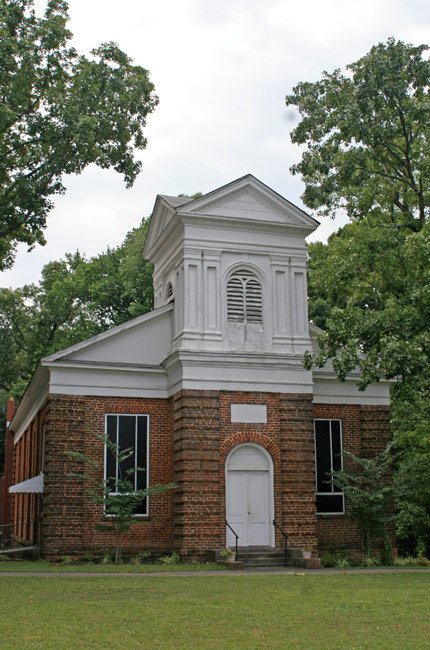