After several unsuccessful attempts to raise funding for relocation, the Pryor Colored School was unfortunately demolished in 2018.

This rural Chester schoolhouse stands on private property. Built in 1898 for African-American students in the community, it was likely supported by a church of the same name which has been lost to time. The school operated until 1956; during the 1950s, many schools consolidated, leaving small schoolhouses such as this one empty. 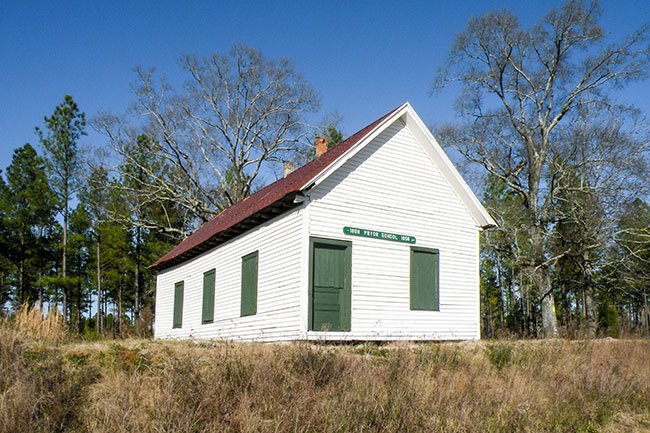 In order to stave off integration, South Carolina began building new schools for black students in 1951 that were known as “equalization” schools, though most were not equal to their white counterparts. Despite Brown vs. Board of Education, which in 1954 ordered schools to desegregate, most South Carolina schools did not actually desegregate until the 1960s and early 1970s. 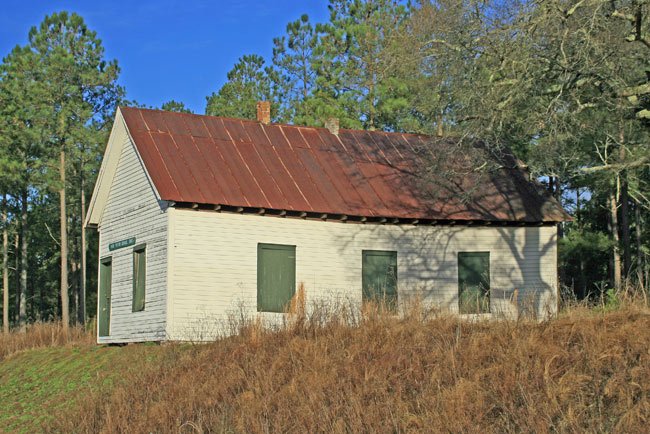 During the 1980s, a local family leased the land on which the school stands and grew fruit and corn on the property. The schoolhouse was used as a fruit stand to sell the family’s harvests. Today the school remains in the hands of private owners. The building and contents are well-maintained, appearing as though students could be called to class at any moment. The owners are actively looking to find a place to relocate the school so that it can continue to be preserved. 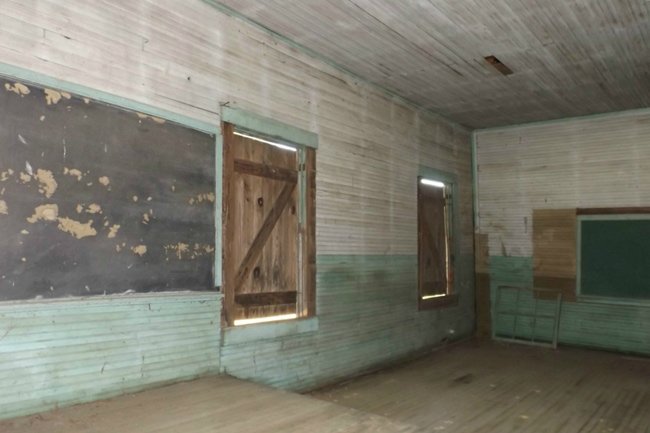 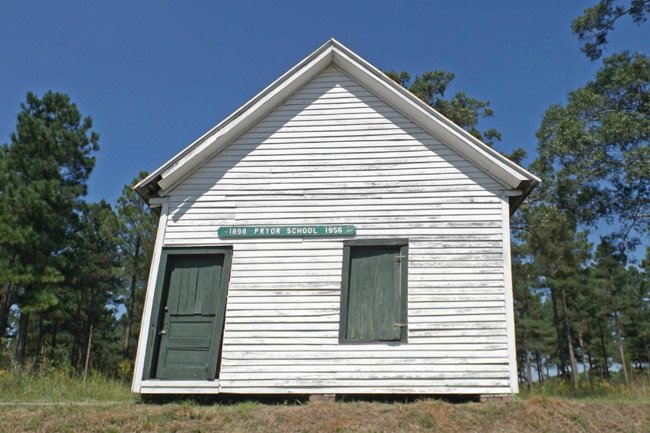