This ornate, two-and-a-half story home in historic Chester was built in 1884 for the Reverend Mason Wylie Pressly and designed by architect Samuel Sloan. Now a festive pink tone, it has been painted both white and green in the past. Pressly served the congregation of Chester Associate Reformed Presbyterian Church from 1882 through 1886. Following his ownership, the home served as the residence for several generations of the White family. Locals say that the ground floor was the location of a gift shop called the Ink Well during the 1970s and 1980s. 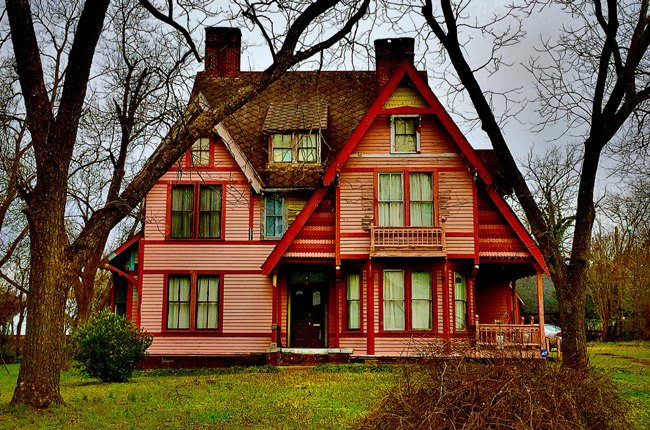 Michael Mascari, who contributed the photo above, adds that the home is located next to Chester News and Reporter, at the confluence of an intersection which merges Saluda, Hudson, and York Street. Located on an ample piece of property, he says, the home also features a carriage house. 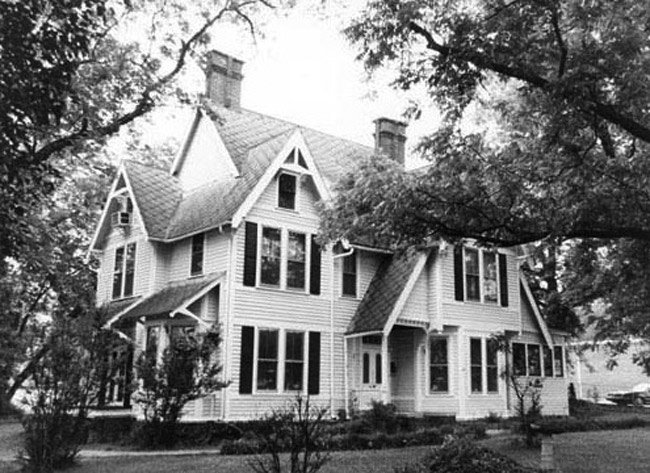 SC Department of Archives and History, 1972

The Pressly-White House is listed in the National Register as part of the Chester Historic District:

Reflections on the Pressly-White House

Cathy Vennelle Carter Pierce notes, “Back in the late ’70s and early ’80s, it housed a business called “The Ink Well” in the lower part. Kind of like a Hallmark/gift store as well as a home for my former 6th grade math teacher, Mrs. Cleo Chamberlain.”