The Chester County Courthouse, located in the City of Chester, is the center of the judicial system for Chester County. It was constructed in 1852. Chester County is in the 6th Judicial Circuit, which includes Chester, Lancaster, and Fairfield counties. Judges are elected by the General Assembly and serve six-year terms; the clerk is chosen by a countywide election and serves a four-year term. 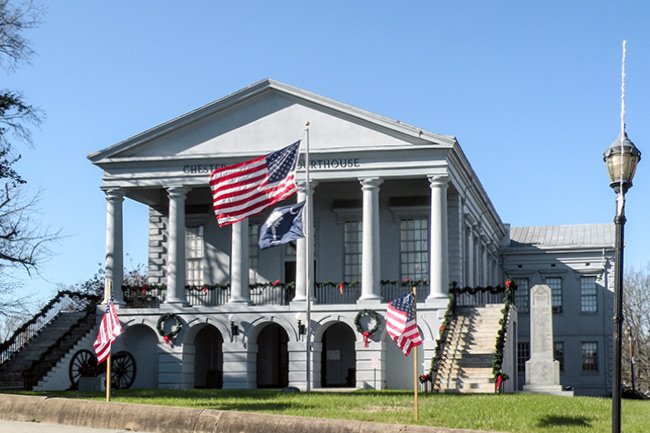 As of 2009, a little less than 35,000 people live in Chester County. It was one of seven counties created from the Old Camden Judicial District, which was formed in 1769. Visitors to Chester County can enjoy a day exploring Sumter National Forest, playing a round of golf at the Chester Golf Club, or picnicking at the Landsford Canal State Park. 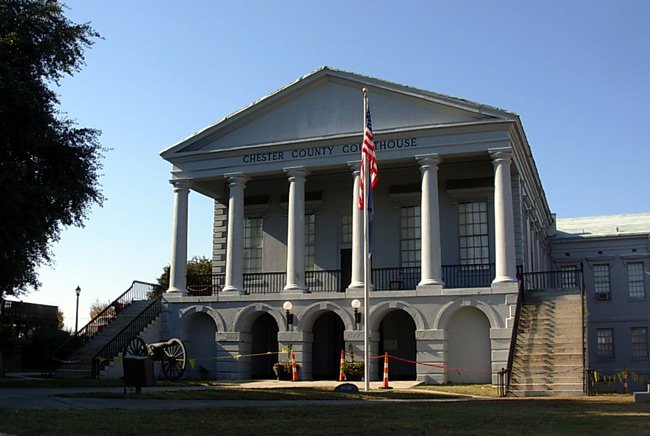 The Chester County Courthouse is listed in the National Register as part of the Chester Historic District: