The National Exchange Bank of Chester was established in 1906, and this Greek Revival building with the imposing Doric columns was built in 1919. The former bank is one of several commercial buildings standing on The Hill, the city’s public square and original business district. Its opulent marble facade reflected the success of the bank in its first several years of operation. However, the National Exchange Bank of Chester closed in 1933 when one of its directors was caught in an embezzlement scandal. 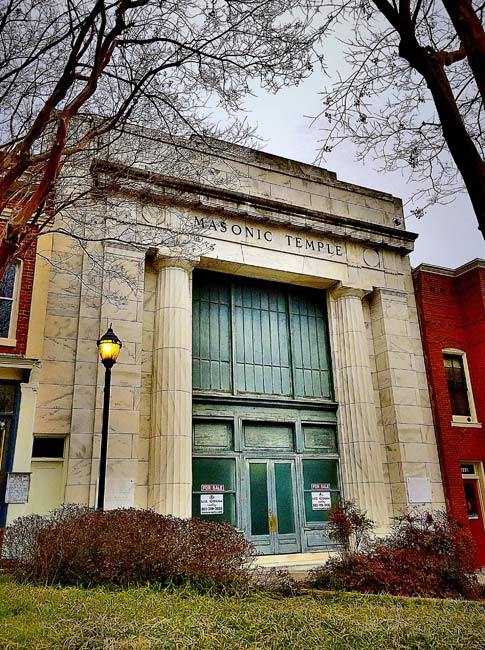