This Art Deco-style movie theater in downtown Chester opened sometime around 1913 – possibly earlier – as the Dreamland Theater. The owner of the Dreamland Theater was a man from Greensboro, North Carolina named Roland Hill. In the late 1920s Hill sold the cinema to Joseph Walters. Walters renamed the business the City Theater. 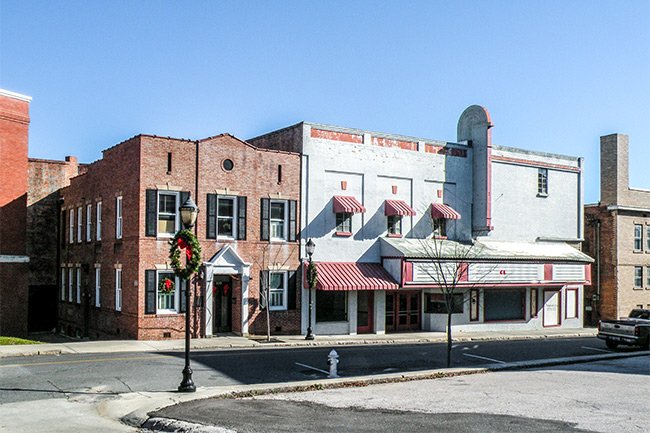 Walters’ ownership of the theater was brief, as he sold it to Fred Powell shortly after Powell moved to Chester in 1935. The new owner changed the cinema’s name to Powell Theater and renovated the building. Sensing opportunity in the movie theater business, Powell opened a second theater on Main Street with an adjoining soda shop in 1939. He called the second cinema the Chester Theater, and he eventually opening a third cinema on Gadsden Street called the Palmetto Theater. The site of the Palmetto Theater is now a realty office, and the Chester Theater on Main Street was demolished in 1969. 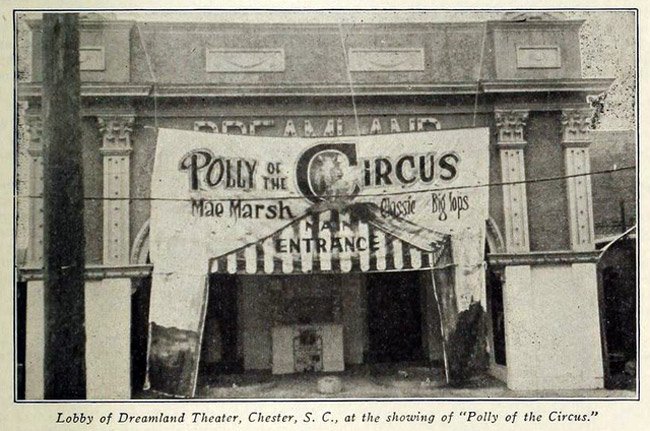