This austere commercial building in downtown Chester was built sometime in the mid-nineteenth century prior to or at the onset of the Civil War. It likely bears the name of Dr. Abraham Davega, a pharmacist who served many prominent roles in Chester, including mayor in the years just after the Civil War. Davega was also president of the Chester and Lenoir Railroad; the rail line was destroyed by Union troops during the war. 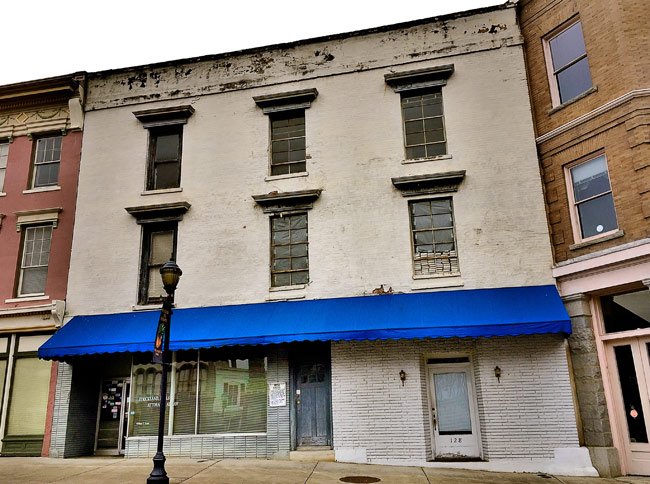 The building is most notably associated with Mary Boykin Chesnut, whose Civil War diary was published as a book in 1905. Titled, A Diary from Dixie, the book remains popular today. An annotated version of the diary, titled, Mary Chesnut’s Civil War, was published in 1981 by historian C. Vann Woodward. It won the Pulitzer Prize for History in 1982. 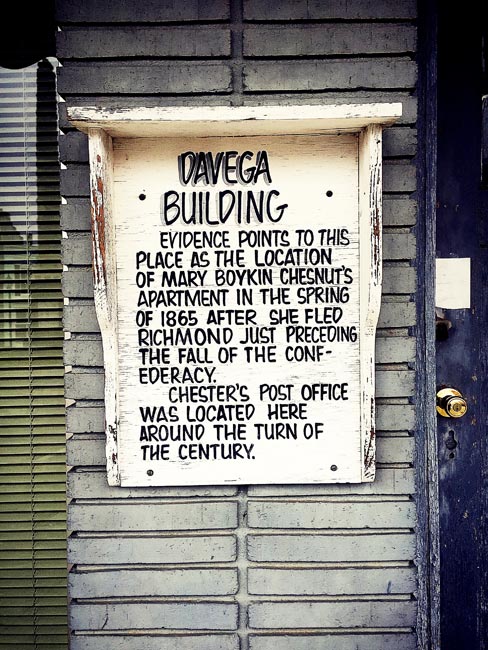 Born near Stateburg in 1823 as Mary Boykin Miller, she was the daughter of Governor Stephen Miller, who served South Carolina in this role from 1828 through 1830. She later married James Chesnut, Jr. of Mulberry Plantation near Camden. James Chesnut, Jr. was elected to the United States Senate and served from 1858 until 1860. He was also elected to the Provisional Congress of the Confederate States of America, which met in Richmond, Virginia. It was from Richmond that Mary Chesnut fled during the occupation of the city by Federal troops. She is said to have stayed in the Davega Building briefly during her evacuation, composing part of her diary here. The Davega Building also served as a post office in the late nineteenth and early twentieth centuries.

The Davega Building is listed in the National Register as part of the Chester Historic District: