Originally located at 128 Center Street in Chester, this Greek Revival structure was built in 1842 and served as the Chester County jail for a little over half of the nineteenth century. The porch additions were modified in the late 19th and early 20th century. The building served multiple purposes over the years until it was condemned by the late 1980s. A local law firm known as Hamilton, Hamilton & Delleney purchased the building in 1989 and and spent the following two years restoring the building to its former glory. During the restoration process, a signature from a former prisoner dating to 1859 was found in a doorway. The firm opened its location here in 1991 and still occupy the building today as Hamilton Delleney Grier & Cotten, LLC. 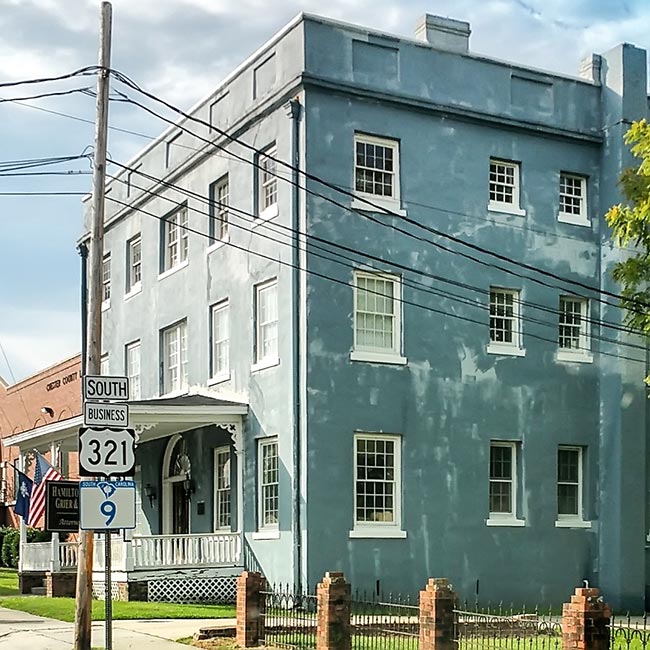 The building seen below, along McAliley Street, was constructed in 1914 and served as the expanded jail for a large chunk of the twentieth century. In 1981 the building was converted by the Chester County Historical Society into a museum reflecting the county’s cultural history. The museum had operated previously from the basement of the county courthouse, which sits directly in front of the old jail. 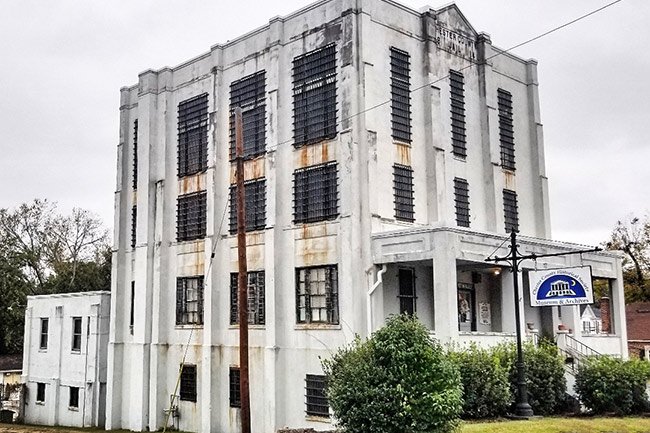 The focal point of the Chester Historic District is The Hill, a triangular-shaped plaza on an eminence at the center of the city, around which the original settlement grew, and which now includes the city hall and a relatively well-preserved collection of late nineteenth and early twentieth century commercial buildings. The district now also includes the remainder of the central business area, containing the county courthouse and the federal building, as well as most of the older residential areas of the city and the early churches that are within them. Of the 475 properties in the district, 324 are considered to contribute to its historical character. The city of Chester was formed in the late eighteenth century as Chesterville. However, most of the properties included in the district reflect the city’s history through the second half of the nineteenth and in the early twentieth centuries. As a result, the buildings display a wide variety of architectural styles reflective of stylistic trends during that time span, including Greek Revival, Gothic Revival, Victorian, Romanesque Revival, Queen Anne, Classical Revival, and Bungalow. In addition, the district reflects the city’s role as a commercial center for the surrounding county, and as its political and governmental hub. Listed in the National Register June 13, 1972; Boundary increase March 15, 1988.