This brick building in the Rossville community just outside of Great Falls first served the area as a school in the early part of the twentieth century. The first Rossville School combined with another nearby school, DeWitt Cloud, in 1915. The combined schools met in the original Rossville School, which was housed in a frame building, until 1924. That year, the school moved into this building. Initially, the brick building was an elementary school, though other grades were added to the school in later years. The first frame building eventually burned. 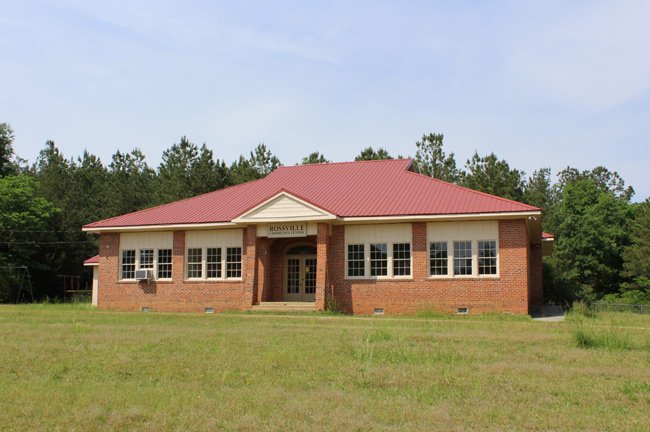 The building was in use as a school for around 20 years before becoming the Rossville Community Center in 1947. The following year, ownership of the former school transferred from the school district to the Rossville Community Club. In subsequent years, the building served as the location of a local Head Start, the Rossville Volunteer Fire Department, a polling place, and the site of various classes and activities. Private groups also regularly use the facility for gatherings and celebrations. After years of fundraising efforts in the early 2000s, including selling meals and hosting events, the community board was able to secure the necessary funds to update the building to its present state in 2013. It remains a popular event site for residents in the Great Falls area.