This charming farmhouse in the historic district of Cheraw tells the story of a famous Texan’s spurned proposal. As Cheraw’s Director of Tourism and Community Development, David Sides, tells us: “It is reported that Sam Houston, Texas statesman, governor, and one of the most colorful figures in the Lone Star state’s history, visited this Cheraw home at in the 1800s to offer a marriage proposal. 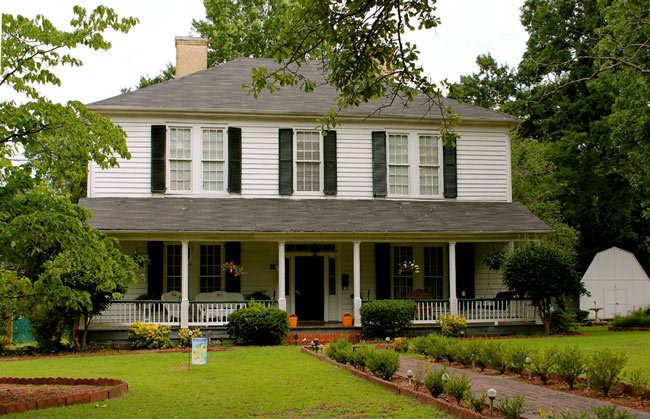 “Mariah Campbell, the recipient of that proposal, lived here for a time with her brother, John. Mr. John Campbell graduated from South Carolina College in 1819, now the University of South Carolina, and he was elected to the United States Congress on several occasions. It is unknown why Mariah denied Houston’s proposal, however she probably made a wise decision since Houston married multiple times during his lifetime.”

Built around 1820, the home was originally a one-story frame cottage. The second story was added later.