The “Merchants’ Bank of South Carolina, at Cheraw” received its charter on December 19, 1833. Its building, shown here, was completed in 1835 and served the community until either November of 1860 or March of 1865. Of note, it was an official gold depository for the Confederate States of America and the largest bank in the state outside of Charleston. 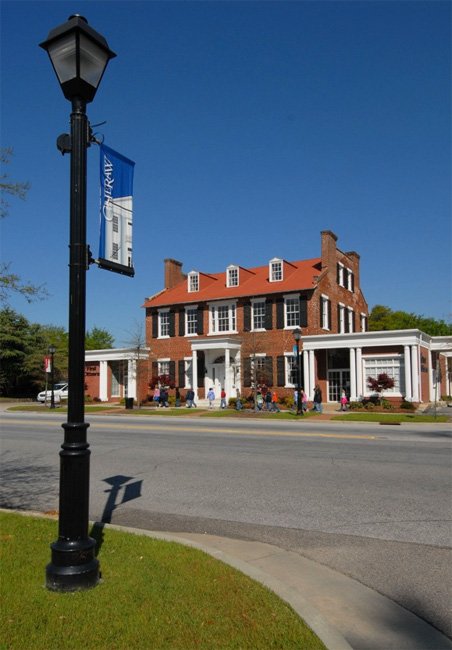 Legend holds that it was also the last bank in the South to honor Confederate money before the end of the Civil War. Evidence does not support this, however, as an 1877 case before the United States Supreme Court – Godfrey v. Terry: 97 US 171 – determined that the bank became insolvent on November 13, 1860 and paid its last bill on August 6, 1861. In the ruling, the court accepts that the bank failed, per its charter, in 1860. This is concurrent with the failure of other banks in South Carolina. The winning argument notes the bank “ceased to pay out its bills as soon as the Confederate currency began to circulate,” which was in April of 1861.

Later, in the twentieth century, there was another bank in Cheraw called the Merchants & Farmers Bank. That bank operated at least as early as January, 1910. The only bank to precede the Merchants’ Bank of South Carolina, at Cheraw was the Bank of Cheraw, established roughly a decade before its successor. The Bank of Cheraw failed quickly, however, and was in operation only two or three years.

In 1962 First Citizen’s Bank purchased the building and returned it to its original purpose. We are not sure who or what occupied the building during the preceding century. If you have any knowledge you can share, please send it to us.

1859 Banknote | Image Thanks to Yesterday’s Change

Until the National Banking Act was passed in 1863, the United States did not print paper money. In fact, the Constitution theretofore permitted only coins. In the absence of federally-backed paper currency, many individual banks printed scrip, or custom banknotes. In all, over 8,000 American banks printed these notes, and with no national standard in place, counterfeiting became common.

Shown above is a $5 banknote printed by the Merchants’ Bank of South Carolina, at Cheraw. It depicts John C. Calhoun wearing a toga and holding a scroll that reads, “Truth, Justice, and the Constitution.”

The Merchants Bank building is listed in the Cheraw Historic District of the National Register: