Stop by the Chat n’ Chew in Turbeville for breakfast and you likely will get an earful of gossip from the folks who dine here on a daily basis. As its name implies, the restaurant is the epicenter for local news as well as “home-cooked” meals – as its sign advertises – and has been since it opened in 1952. 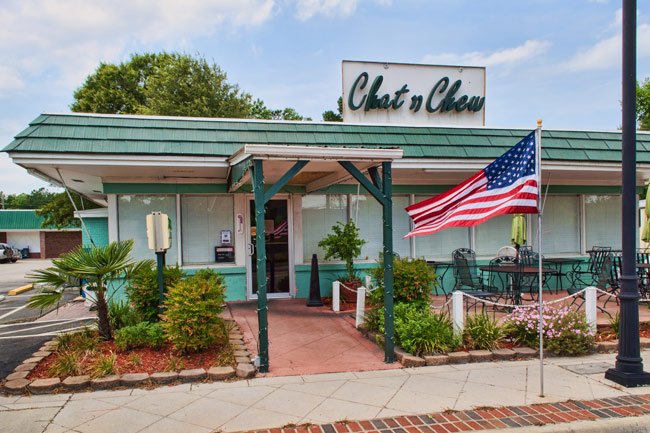 Gregg Turbeville of Myrtle Beach, 2014 © Do Not Use Without Written Consent

The business has been a mom-and-pop operation since it was started by Dalma and Hassie Gibbons more than 60 years ago. Together with their three daughters, the Gibbons family originally drew people from neighboring Florence and Sumter counties who hoped to catch wind of what might be brewing in local business and politics. The restaurant is located at the intersection of US 301 and US 378, and with the addition of nearby Interstate 95, travelers now also make the stop to sample some of the restaurant’s legendary cooking. 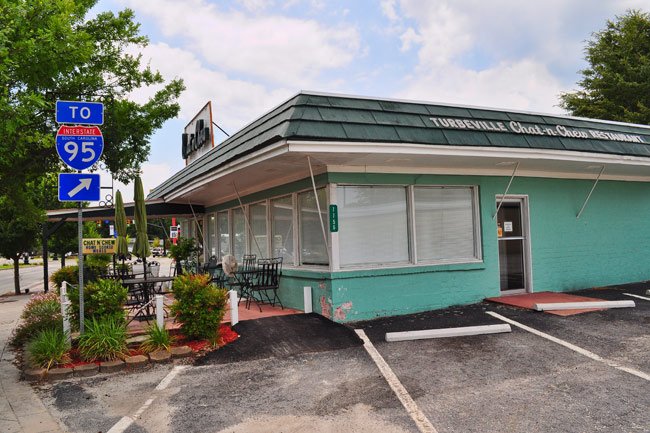 Gregg Turbeville of Myrtle Beach, 2014 © Do Not Use Without Written Consent

Many locals say that Coastal Carolina University in Conway developed from an idea floated about between leaders from the University of South Carolina and Conway, who found the establishment to be a convenient meeting place to discuss the future school. Though the business has changed hands several times since the Gibbons family opened the restaurant, long-time diners say that the food and atmosphere have not changed much over the decades. Today the Chat n’ Chew is owned by Bernard Blackmon and his wife, Willie, who bought the business in 2009.

Reflections on the Chat n’ Chew

Longtime South Carolina Picture Project contributor Gregg Turbeville says, “The Chat n’ Chew restaurant in Turbeville, SC, is a 60-year-old landmark. Located on Main Street, it is a common sight for those passing through Turbeville or heading towards I-95.”