This modest cemetery in Summerton is the burial site of the Richardson family, which produced six South Carolina governors. The cemetery predates the American Revolution and was part of the Richardson home site, Big Home Plantation. Patriarch Richard Richardson arrived to St. Mark’s Parish from Virginia in the 1730s and established the plantation on land granted to him in 1744. He later served as a Patriot in the Revolutionary War and was lauded for commanding the Snow Campaign of 1775, during which 3,000 militia troops thwarted Loyalist attempts at organizing. He was captured following the 1780 seize of Charleston. 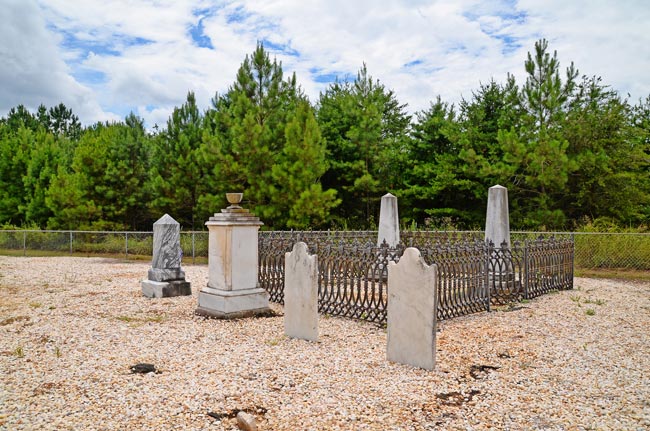 Shortly after his capture, Richardson was granted parole and sent home to be with his family due to his increasingly poor health. He died at Big Home, surrounded by family, and is interred within the cemetery. Local lore claims that British Lieutenant Colonel Banastre Tarleton came to Big Home six weeks after Richardson’s death, demanding to know the whereabouts of General Francis Marion. In an attempt to intimidate his widow, he exhumed Richardson’s body and placed it on display. Other accounts say he unearthed Richardson’s grave in search of family silver, while yet another version states that Tarleton forced Mrs. Richardson to dig up her husband’s corpse. 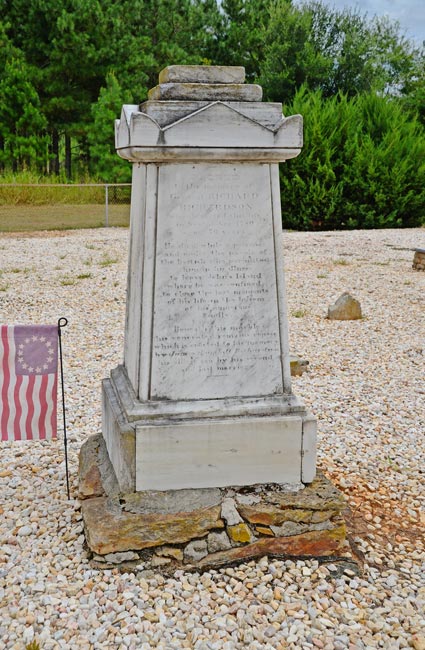 Whether or not any of these grim war stories are true, the troops did ransack the home, stealing provisions and livestock, and burned the property before they decamped. Today the only thing left of Big Home is this cemetery. Richardson’s grave marker, seen above, reads: “Sacred to the memory of General Richard Richardson, who departed this life September 1780, aged 76 years. He died while a prisoner and under the parole of the British who permitted him in his illness to leave Johns Island, where he was confined to close the last moments of his life in the bosom of his numerous family.” 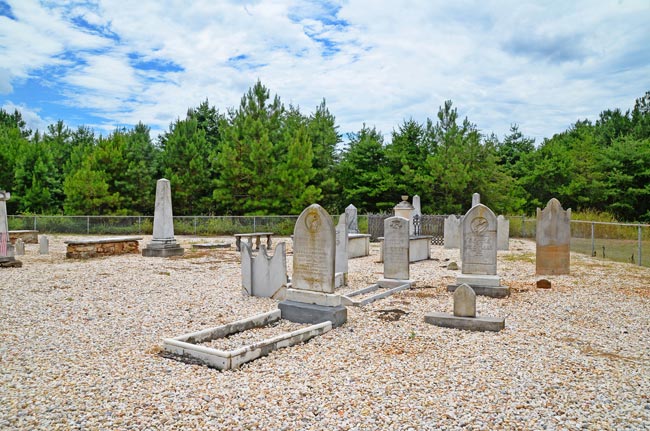 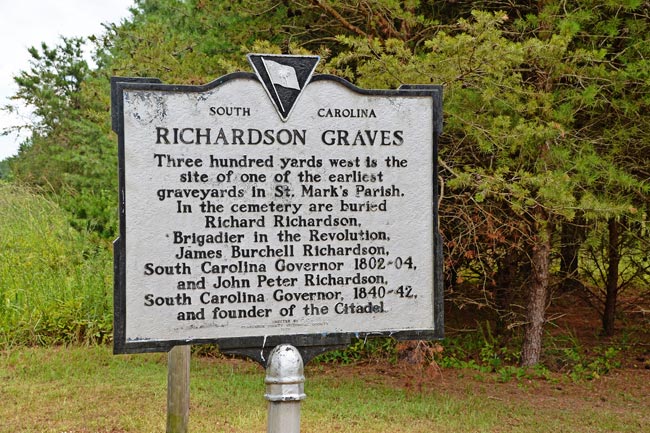