Duckweed blankets the Elliott Millpond in Halfway Swamp, concealing a fishing spot that was once worth five dollars for a day of baiting the hook. The Clarendon County community of Rimini is home to the former mill house, which served as the Rimini Fish Camp and still touts its prices for fishing and boating in the cypress swamp. 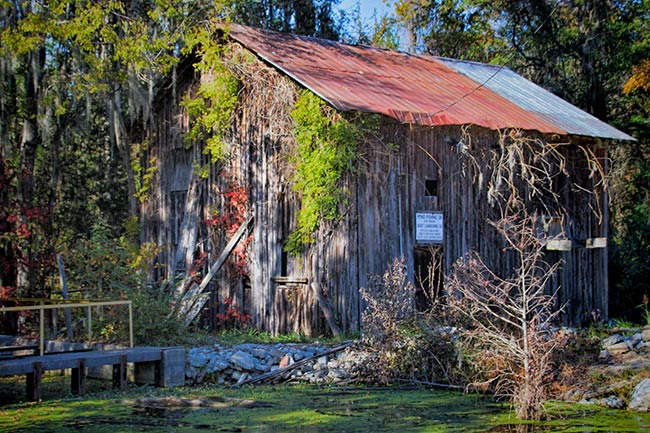 The sawmill operated here by the Elliott family closed in 1945, about a decade after Santee Cooper forced the family to relinquish 300 acres of their property to build Lake Marion. 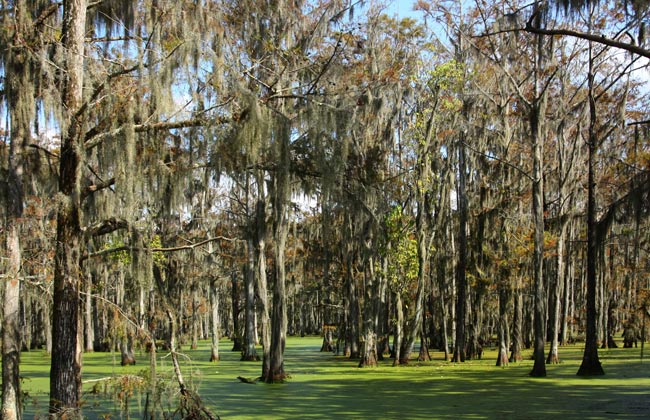 Interestingly, Halfway Swamp was the site of a Revolutionary War ambush in 1780 near Elliott Millpond. General Francis Marion and his brigade hid here and ambushed British troops on their way to Camden. 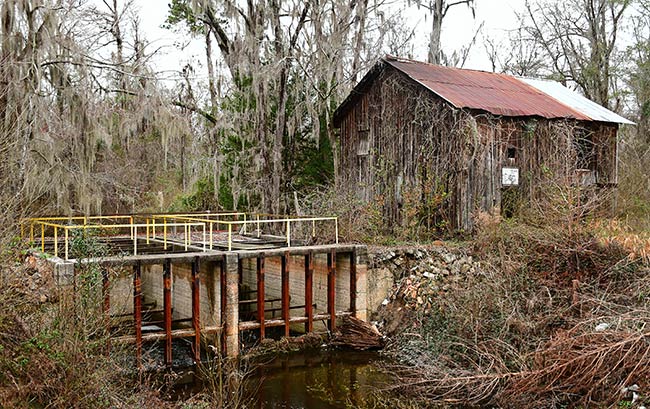 Mike Tillison of Orangeburg, 2019 © Do Not Use Without Written Consent 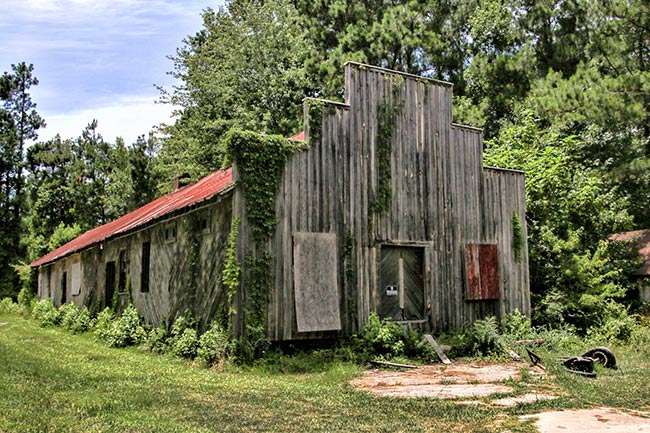 Frequent contributor Mike Stroud shares these words regarding the pond and its venerable fish camp: “Here is one of my most favorite spots in South Carolina. The long-forgotten Fish Camp still wears its price list at the mill house: ‘Pond Fishing $5 per person, Boat Launching $2’. The east side is a cypress swamp – serene, other than the occasional frog leaping about the duck weed. An alligator cruises the pond side, and more frogs and turtles can be seen sunning themselves, or on one occasion, crossing the road. Photos can not capture the real beauty and colors that are seen here. I stop here each time I pass through. Elliott’s Landing and Campground is to the west, a mile or so on the banks of Lake Marion.” 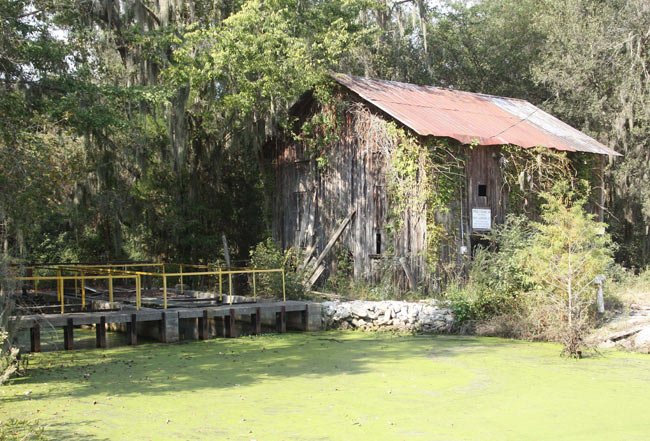