The New York architect N.Y. Perry designed this historical home in Walterboro for Richard Bedon. It was built in 1820, and Mr. Bedon resided here for the next two decades. 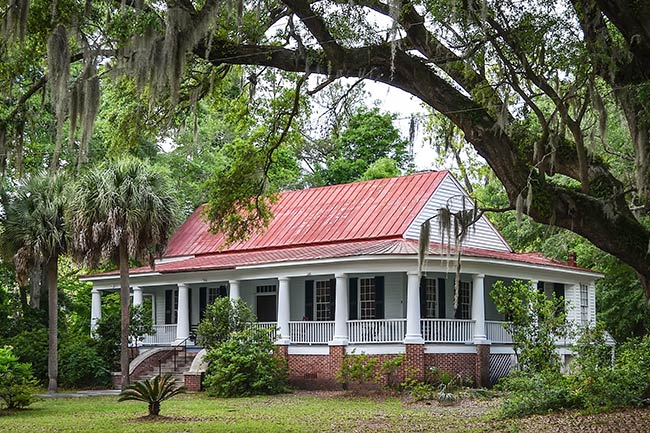 John Van Dalen of Charleston, 2015 © Do Not Use Without Written Consent

This same year, another building was constructed in Walterboro. In 1820, the Walterborough Library Society opened its brand new “Little Library.” The town was incorporated six years later, and it is said that the surveyor, Archibald Campbell, arranged the town’s borders so that they stretched three-quarters of a mile in all directions from this landmark. Today, the Little Library is the oldest public building in Walterboro. 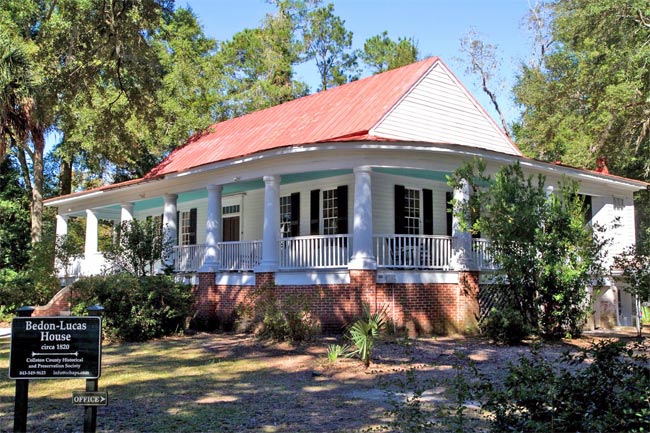 During his ownership, Bedon donated the land in front of his house for a public park, and the Library Society moved their small building to this new location. Bedon’s home was sold to Clarence Lucas in either 1840 or 1845 (sources differ). It remained in the Lucas family for several decades, though it was at times rented. 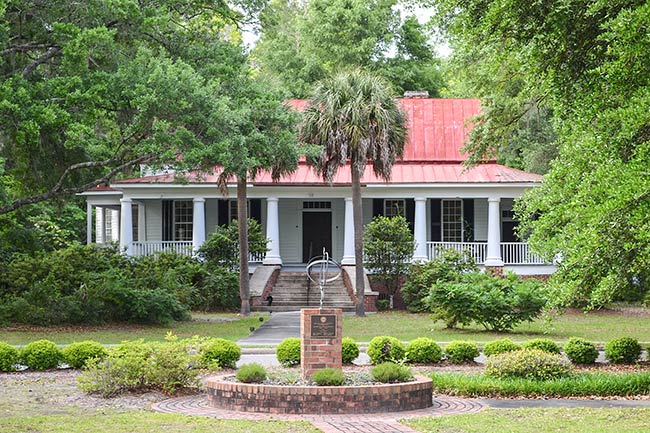 John Van Dalen of Charleston, 2015 © Do Not Use Without Written Consent

In 1959 the home suffered damage from Hurricane Gracie. In hindsight, repairs made after the storm – including the replacement of the roof – are credited for saving the house, which had fallen into disrepair. Despite these emergency measures, the home remained neglected for nearly 40 years, as Lucas heirs no longer lived in the Walterboro area. The vacant house was vulnerable to vandals, and concerns grew that it would be condemned. 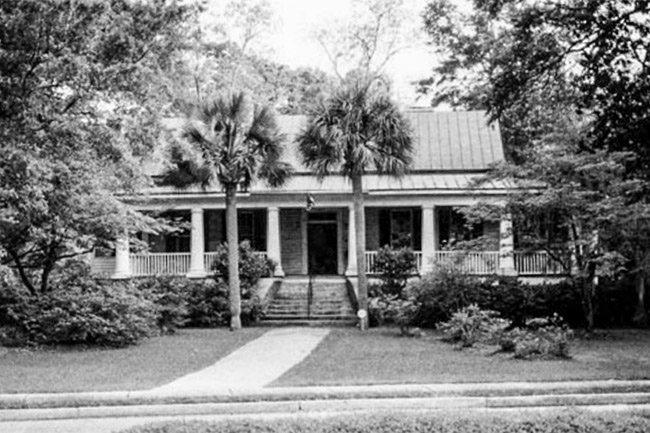 The Colleton County Historical and Preservation Society nominated the Bedon-Lucas House for the Palmetto Trust for Historic Preservation’s Endangered Places Program. It 1995 it was listed as one of the “Eleven Most Endangered Structures in South Carolina,” and a year later, the society was able to acquire it. The organization rehabilitated the property and made it its headquarters. The home can also be rented as an event site.

The Bedon-Lucas House is listed in the National Register as part of the Walterboro Historic District: