The below photos show this former Texaco gas station and general store as it once stood in rural Green Pond at the intersection of United States Highway 17 and South Carolina Highway 303. It still sits off the beaten path in Colleton County but was recently moved to Bonnie Doone Plantation, a retreat venue in Walterboro. According to Jeff W. Grigg, the building’s prior owner, the country store was built in Walterboro as a house and given to a local bride and her husband as a wedding gift from the bride’s father. However, pride prevented the groom from living on the property of his father-in-law, so they did not inhabit the humble home. The year of its construction and the identity of happy couple who received it are unknown. 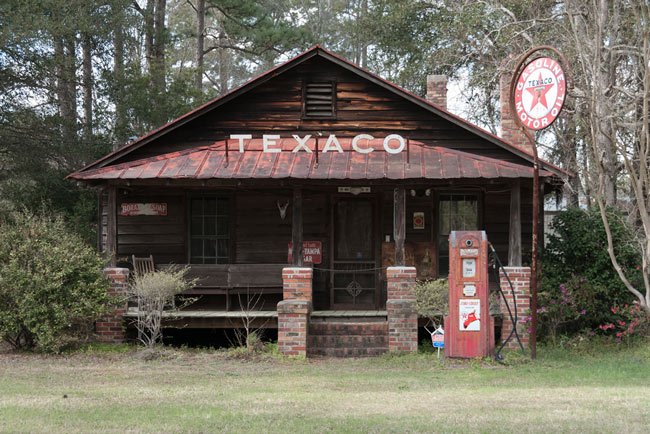 Jim Hasapis of Charleston, 2010 © Do Not Use Without Written Consent

The building was moved from Walterboro to the site in Green Pond some time in the 1970s. For years it served as an art gallery and studio. Grigg later bought the building and sold antiques from within its rustic walls while also using it as a residence. The store later closed, and the building was then used as office space, still under the ownership of Grigg. Grigg notes that the building caught the eye of the A&E television show, American Pickers, in 2012. The show follows two antique collectors as they travel the country searching for valuables; the collectors discovered some treasures tucked away in the old country store and Grigg’s adjacent business, Island Marine Supply. 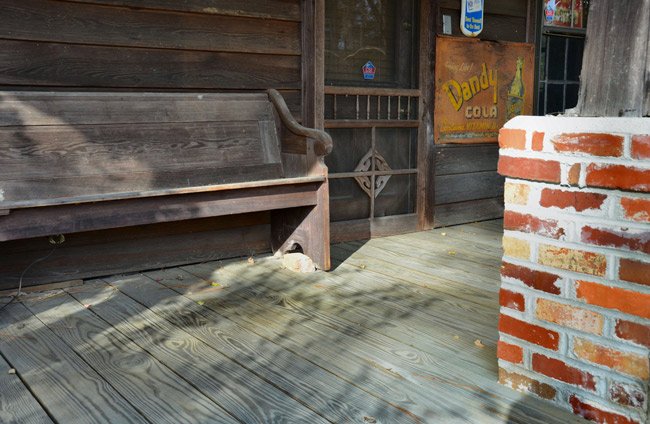 When the South Carolina Department of Transportation began widening the intersection where the store stood in Green Pond around 2011, the building became vulnerable. The property lost its parking access to Grigg’s marine supply business adjacent to the store, and the old Texaco station sat too close to the road to ensure its safety and preservation. Grigg sold the building to the nearby plantation owner who relocated the building to their property in 2013. 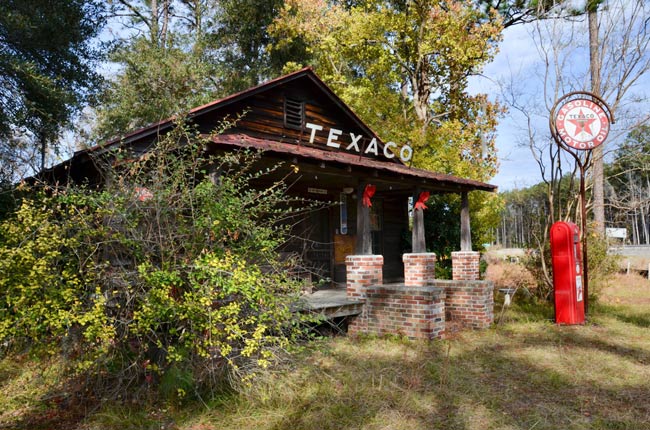 Contributor Jim Hasapis says: “This old building used to be at the intersection of Highway 17 South and Highway 303 in Green Pond. I used to drive by weekly on my way to Savannah, and I always said I would bring my camera one day and take some quality photos. I only took this one snapshot in the years I drove by, shortly after which it was torn down (moved) and is now an empty lot. Now I take my camera with me everywhere I go.”