Many of the historic homes that beautify downtown Walterboro are the work of builder O.T. “Trezevant” Canady, including his own home, seen here. Though the exact date of its construction is unknown, we know that Canady built it prior to 1890. The Victorian residence includes decorative applique frieze, an oversized gable with a large louvered attic vent extending over the porch, and a transom with side lights. Though the home has been modernized, it still boasts many original features, including hardwood floors. 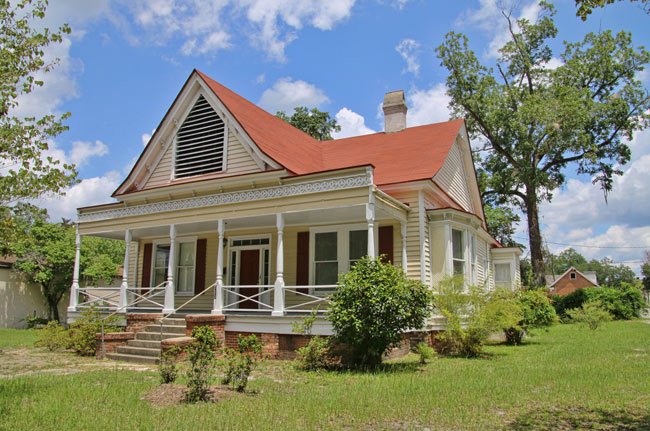 Canady was responsible for several homes that still stand in Walterboro today, such as the Paul Hamilton Fripp House. The timelessness of his homes are a testament to his craftsmanship.

The O.T. Canady House is listed in the National Register as part of the Walterboro Historic District: