People visiting historic Walterboro might do a double – or triple – take when they see this Greek Revival house. The antebellum home was built in 1848 by local builder O.T. Canady, whose historic home also graces the area. It was purchased in 1863 by Paul Hamilton Fripp. Distinguishing features of the home include the Greek key frieze on the entablature and a symmetrical five-bay facade with a central door. The house is very similar in appearance to two identical, adjacent houses, the Wichman Houses. Those twin houses were built in 1889. 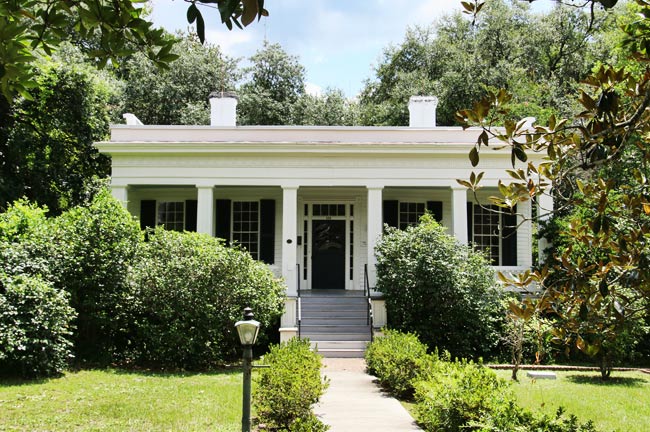 The Fripp house stayed in the Fripp family for decades. Today the home serves as an office.

The Paul Hamilton Fripp House is listed in the National Register as part of the Walterboro Historic District: