This post office, located in the Green Pond area of Colleton County, served the former White Hall community through 1958. The village of White Hall formed in the area surrounding White Hall Plantation, owned at one time by Thomas Heyward, Jr., signer of the Declaration of Independence. (Note that there was another White Hall Plantation in neighboring Jasper County. It also was owned by the Heyward family.) 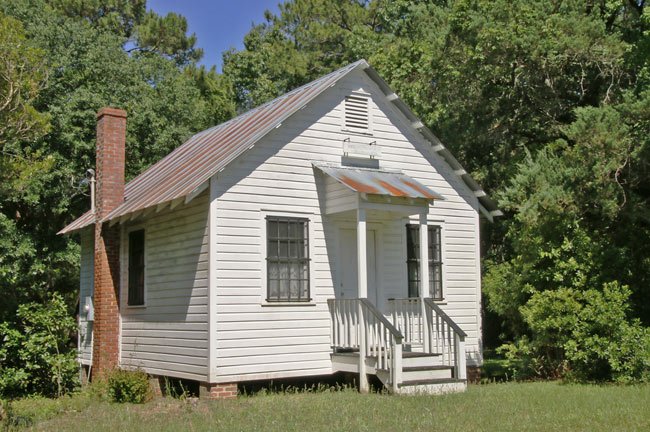 White Hall was built along the Savannah and Charleston Railroad line. Today it is obsolete, and many remnants of the community – such as its train depot, a log hauling dock, and McTeer Gas Station – no longer exist. 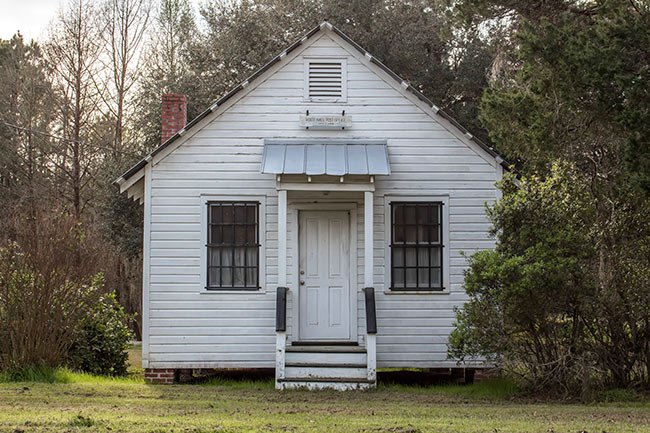 The name of the community was originally White Hall (two words) until 1894, when it became Whitehall. The name remained one word, Whitehall, until 1951, when it changed back to White Hall. 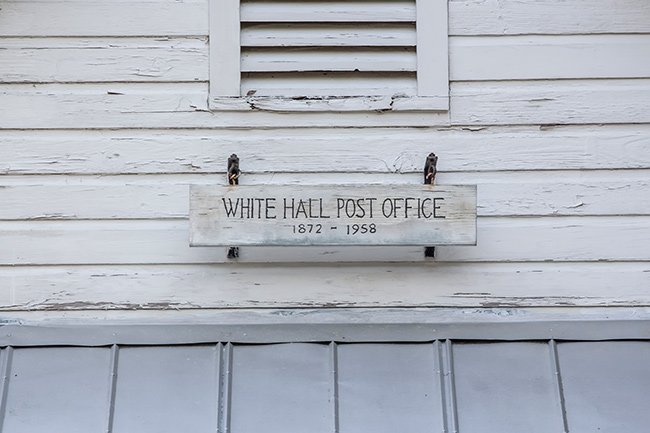 The post office opened on April 11, 1872 with Alice Cannon as its first postmistress. It operated until November 30, 1958. When White Hall was still lively, the post office served as a gathering spot for neighbors to congregate and share stories and news of the day. The building had two rooms: a mail room and a living room-type quarters, complete with a pot-bellied stove, where locals would spend time swapping tales. 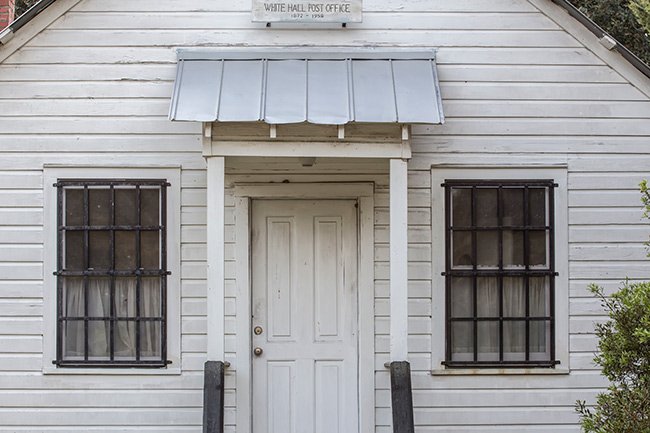 Scot D. McLauchlin of Charleston, a descendant of the Heyward family who spent much of his childhood at White Hall, shared the following story with us by Facebook:

Just want to add, my family owned that side. My brother and I camped in it during duck season. It was two-roomed – mail room and living. Pot belly stove. I’ll never forget it. My family reworked [and saved its] rice fields. Originally it was on the Whitehall Road next to the tracks. Across from the old station. It has been reconditioned and moved onto the lands we spent 40 years of family time reclaiming. I still visit. My brother is now in heaven with his dad. My heart breaks in memory – 350 years of family history in this region. Whitehall being my favorite. Thanks for the post, it really brightened my day.” 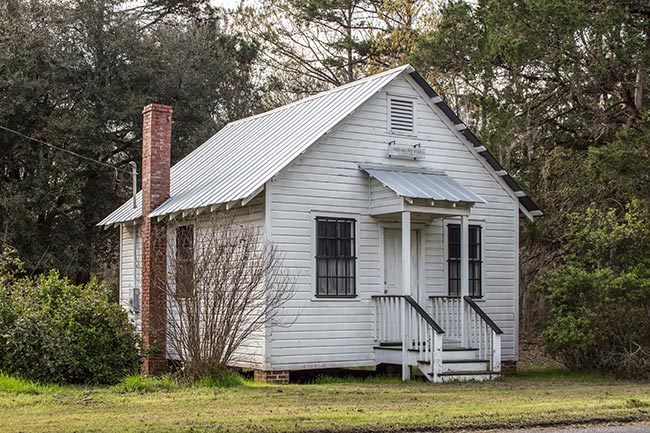 Garvin had the old station as a store. Originally my Heyward roots owned Whitehall. I grew up working and playing on it. Flooding and planting swamp fields. Hunting, fishing. Mixing with the locals. Hearing stories of my great-grands. The post office was a gathering place. I believe we still have old letters addressed to Whitehall Post Office.

It was incredibly different in the 60s-90s, believe it or not. No ACE [Basin], local hunting and exploring. I worked with a man. He was one of the most beautiful and sweet [people] I ever met. I brought him fish, birds, deer. His father worked for my family in the old days. He held no animosity.

The oaks were planted by slaves, supposedly 200 years ago. I’ve heard different stories. There is a slave graveyard behind stables. When I was a teen I would walk the plow and find all kinds of stuff. Markers were visible. I worked for nothing with the grandson of [the] Whitehalls driver. The boss. He was the sweetest man you could meet. He was 80+. Lived there all his life. I wish I could have recorded him. The truth he spoke. When the place [was] sold, he was moved across the highway. He died shortly thereafter. The real South Carolinian, faithful in all.