John Lide Hart, son of Hartsville namesake Thomas E. Hart, built this house around 1856 in the now-extinct town of Springville. Today the area formerly called Springville is part of Darlington. 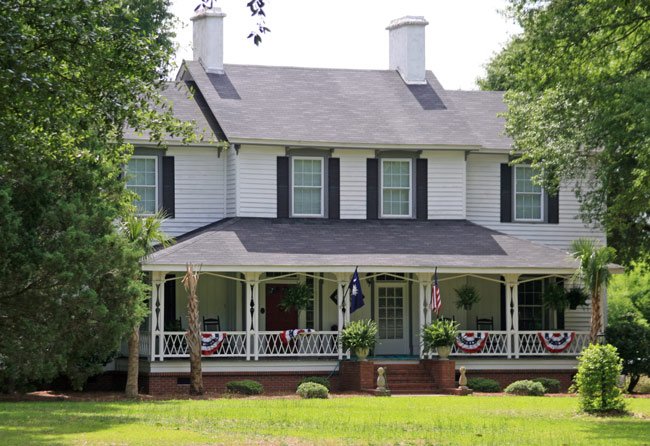 John L. Hart originally built a smaller home, presently known as the Hart-Mills Cottage, along with several businesses in neighboring Hartsville in the early 1850s. His ventures included a carriage store and factory, a saw mill, and a grist mill. Hart eventually fell into debt, sold his businesses, and moved to Springville. It was around this time he built this house, likely one of the last constructed in the Springville community prior to the Civil War. During the war Hart served in the Twenty-First Regiment, South Carolina Volunteers. He was killed in action on May 16, 1864, in Petersburg, Virginia. His former home later was purchased by Arthur Goodson. 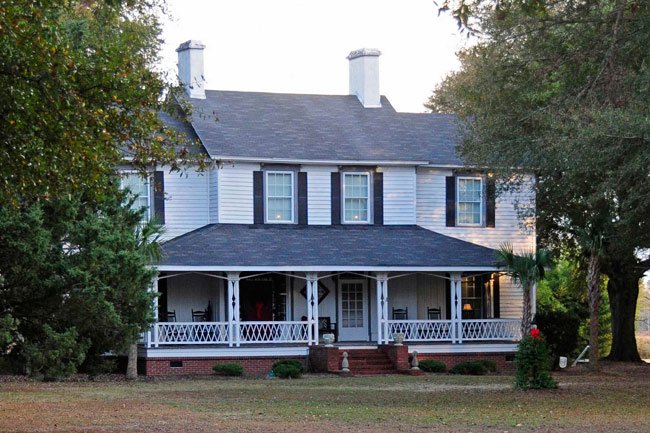 Springville dates to 1820 and was established as a summer retreat for planters who worked the lower lands of the Pee Dee River. The land encompassing Springville was higher and its soil more porous, allowing those who sought refuge here to escape the heat and mosquitoes of summer. (Mosquitoes can cause malaria, and they are less prevalent at higher altitudes where standing water is not a concern.) The area also abounded with fresh mineral springs – an additional attraction!

Though the community never incorporated, by 1839 summer residents had begun to make the town their permanent place of residence. Their income still came from plantations, however; following the loss of slave labor after Emancipation, planters were forced to seek new ways to secure their livelihood. As a result, Springville became deserted soon after the close of the Civil War.

The Goodson House is listed in the National Register as the John L. Hart House:

(Goodson House) The John L. Hart House, believed to have been built circa 1856, is one of the last residences built in Springville before the Civil War. The house is a two-story, rectangular house with a central block and telescoping wings. The building is framed, clad in weatherboard, and is gable roofed with two ridgeline interior chimneys at the gable ends of the central block. The foundation is brick piers with fill. An unusually decorated, centered, three-fourths width, hip-roofed, one-story porch extends across the façade. Notable architectural features of the house include the unusual plan, the decorated porch, the board-and-batten stair hall, and the barrel-vaulted ceiling over the stair. The porch posts, balustrade, and fretwork are of an unusual design and belong stylistically to the latter decades of the nineteenth century and appear to have been added ca. 1870-1880. The rear elevation has had several appendages added. Hart is said to have moved to this house after an unsuccessful venture in carriage manufacturing in nearby Hartsville. At the outbreak of the war, Hart was commissioned an officer in the Confederate Army and was killed in action.