Jerusalem Baptist Church is the oldest African-American church in Hartsville. The congregation formed shortly after the Civil War, initially meeting beneath a brush arbor along Snake Branch. A log cabin to serve the church was eventually built by the creek. In 1898 the congregation acquired the lot where the present church sits, and the current edifice was built in 1907. 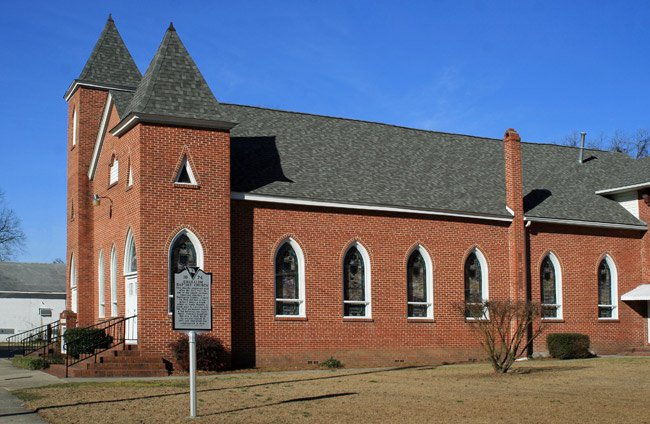 Originally a frame building, the church received an update with brick veneer in 1939. The Reverend Henry H. Butler served the church as pastor from 1932 until his death in 1948. Butler was also the principal of nearby Butler School, named for the esteemed educator and minister. Today the congregation of Jerusalem Baptist Church remains an active and vibrant part of the Hartsville Community. 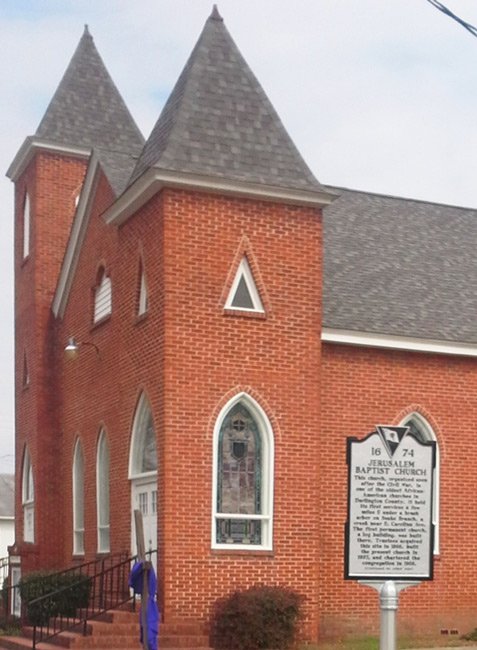