This depot in Hartsville represents the tenacious enterprise of one man. Local businessman Major James Lide Coker understood the potential of a railroad line to change the economic landscape of a small town such as Hartsville towards the end of the nineteenth century. A merchant, he went to the Atlantic Coast Line Railroad Company and proposed a local branch to transport goods and thus boost commerce. Though his proposal was rejected by the railroad company, Coker was undeterred. He formed the Hartsville Railroad Company in 1889, which ran a line from Hartsville to Floyds in Florence County. 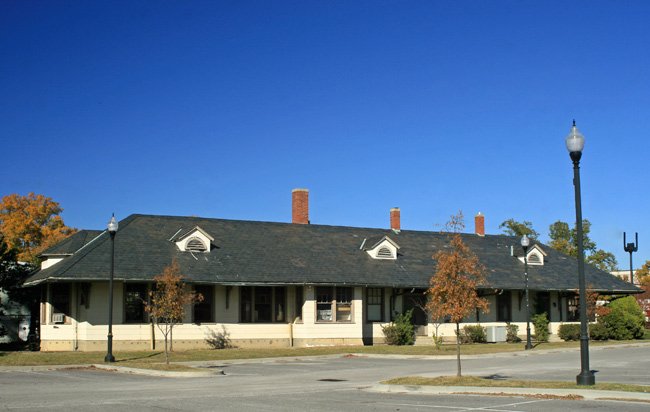 Atlantic Coast Line eventually bought out the independent yet successful transportation company, and in 1908 this passenger depot was built. The railroad continued with great success until 1940, when railway travel declined in popularity. At that time the Hartsville line of Atlantic Coast was discontinued. However, the depot was remodeled in 1948 and used as an office for the Chairman of the Board of Directors for the Atlantic Coast Line Railroad Company. It was remodeled again in 1980 and now houses the Hartsville Genealogical Research Library. 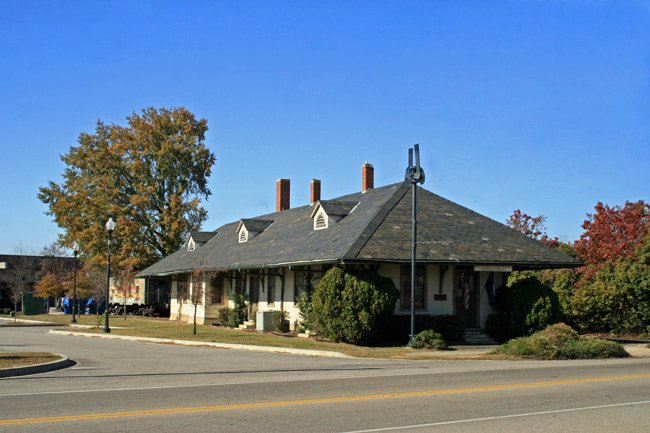 The Hartsville Depot is listed in the National Register:

(Atlantic Coast Line Railroad Depot; Hartsville Depot) Hartsville’s former passenger station, constructed 1908 by the Atlantic Coast Line Railroad Company, stands as a visual reminder of the railroad and its role in the growth and development of the town of Hartsville. The station is a one-story structure typical of early 20th century railroad design. The slate roof is hipped with a deep overhang which is supported by large wooden brackets. There are three dormers with semicircular louvers on both the front and rear of the structure. There are also three interior chimneys of varying proportions which pierce the roof at its crest. Opening onto the exterior are six single doors and two double doors, all with rectangular transoms.

In 1940, with the decline of passenger service, Atlantic Coast Line discontinued this line to Hartsville. In 1948 the station became the office for the Chairman of the Board of Directors of the Atlantic Coast Line Railroad Company. At this time the slate roof was repaired, new gutters and downspouts were installed, and asbestos shingles were placed over the wood siding. Interior changes were also made to the western (left) section of the station to accommodate the office space.