Pride Park in Hartsville is the site of the former Hartsville Graded School. The school, which operated here from 1900 to 1921, was the first public school to serve African-American children in the Hartsville area. The school was renamed Darlington County Training School in 1918. 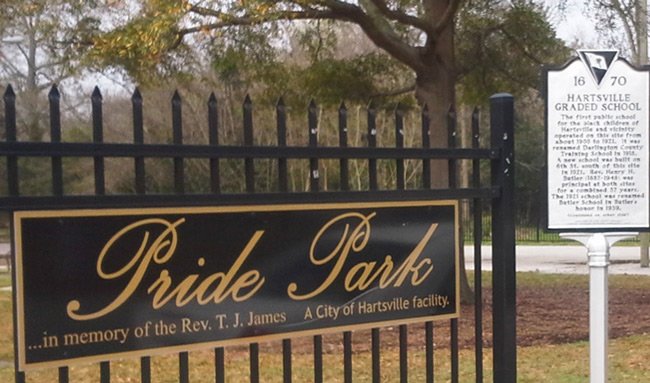 The school moved to a new building down the street at the site of the current Butler Heritage Foundation in 1921. The Darlington County Training School was renamed Butler School in 1939 for the Reverend Henry H. Butler, who served as principal of the school under all three names from 1909 until 1946. Butler was also the pastor of Jerusalem Baptist Church from 1932 until his death in 1948. The former Butler School now houses a community center belonging to the Butler Heritage Foundation. 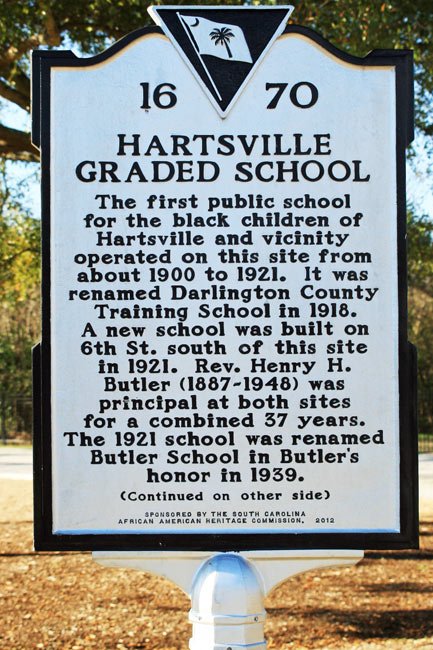 The former Hartsville Graded School was utilized by a Sunday school that formed at the site, organized by the Reverend T.J. James, who purchased the property. From that group a new church was founded in 1922 – Mount Pisgah Presbyterian. The congregation built a church near the former school in 1926. The former school then housed the Mount Pisgah Nursery School, a preschool also founded by the Reverend James. 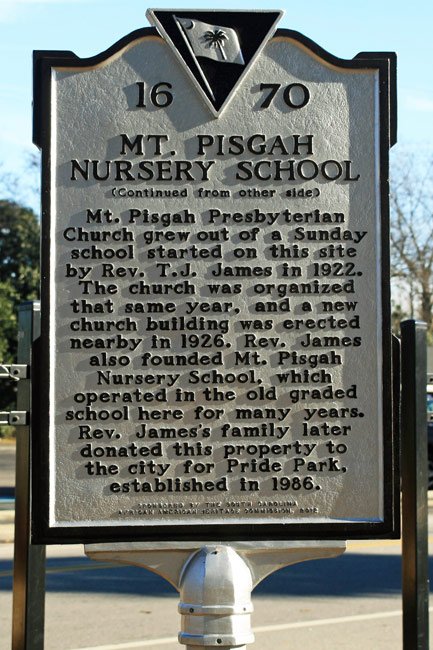 The James family donated the land to the City of Hartsville for use as a public park. Pride Park opened here in 1986 and commemorates the Reverend James as well as the historic public school, church, and preschool that shaped the lives of many Hartsville residents. 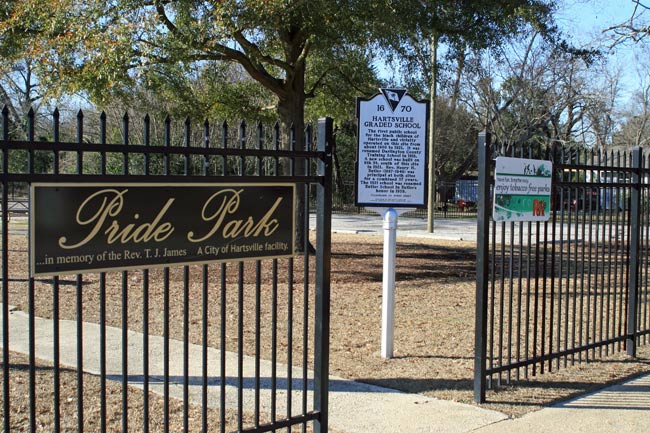 Contributor Jannie Harriot shares, “Pride Park is the site of the first school for African American in Hartsville. The site was later purchased by Reverend T. J. ‘Papa’ James for the Mount Pisgah Presbyterian Church, and after the church was built across the street, this site was used as a nursery and vacation bible school. My sisters and brothers attended the nursery school. Reverend James’ granddaughter, who lived with him, was my best friend and we spent many days at this site.”