This historic congregation dates to 1785 when Jesse Ford, Solomon Page, and other Lake View residents organized the Baptist Society near Bear Swamp. Located along the South Carolina-North Carolina border, the land where the group met was also used as a campsite for travelers traveling the stagecoach route between Georgetown and Fayetteville, North Carolina. Local lore claims that a log cabin or meeting house stood on the north side of the Swamp as early as the late eighteenth century. Bear Swamp Baptist Church is also historically known as Meeting House due to the simple log structure that first housed this group of Baptists. 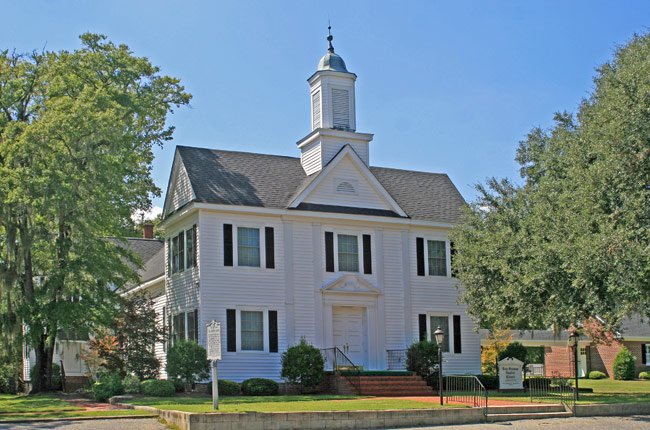 The first recorded deed associated with the church states that on December 22, 1801, Solomon Page and Lydia Thompson donated one acre of land to the Baptist Society for a church building. The log building may have been built in the late 1700s before the deed was recorded or shortly thereafter. Either way, the log meeting house burned in 1825 and was replaced by another church building by 1831. The new church was christened Bear Swamp Baptist Church and served 102 members. In 1868, fire again destroyed the church, and the present sanctuary was built soon after. 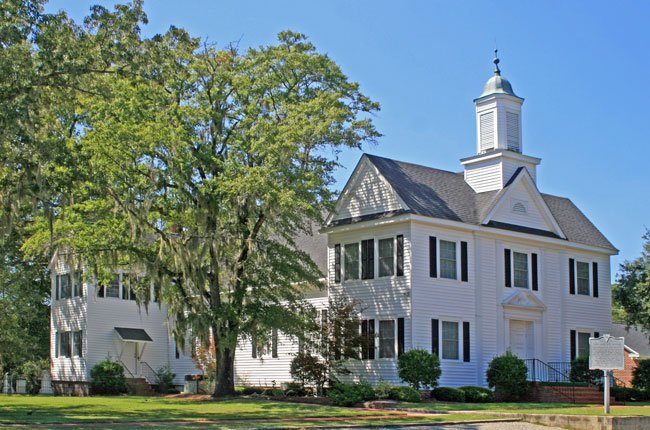