Not to be confused with Dothan Methodist Church in Clarks Hill, Dothan Methodist Chapel in Dillon was established in 1786 as Bethea’s Meeting House. The forming of the church was likely influenced by a visit from Bishop Francis Asbury, considered the father of American Methodism, to the Pee Dee area that year. Bishop Asbury would ride circuits and preach to groups beneath brush arbors, often inspiring his audience to form local Methodist congregations. His tour of the South Carolina Pee Dee region in 1786 was the impetus of several local churches, including St. Paul’s Methodist in Little Rock. 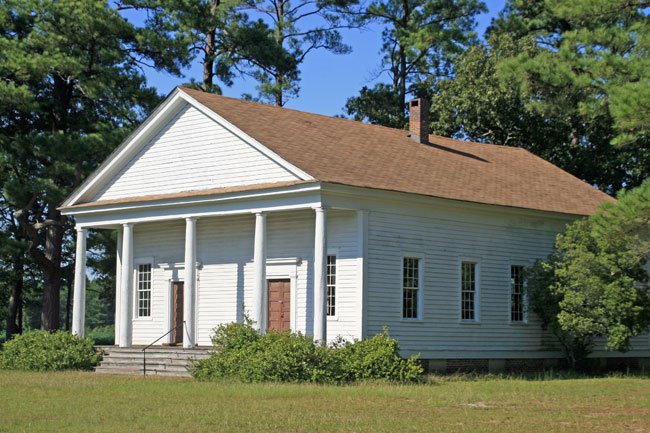 Bethea’s Meeting House was built on land across from the home of John C. Bethea and was positioned between the communities of Harlleeville (now Little Rock) and Mars Bluff near Florence. Around 1830 the congregation moved from its original site to the present location in a rural corner of Dillon and built a log meeting house. The log structure was replaced with this simple frame church in 1853. 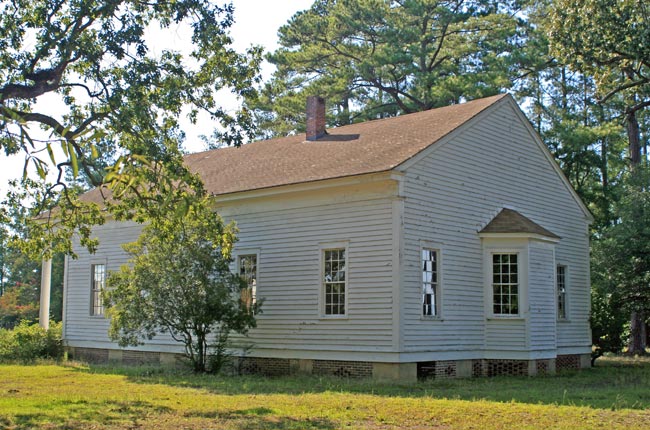 The congregation remained active until 1927; by that year, membership had decreased significantly as other churches in town were founded and attracted new parishioners. Without enough members to sustain the building, the church closed in 1927. Today the Greek Revival church and its surrounding property is privately owned and maintained by the Bethea family. It is occasionally used for Bethea family gatherings and celebrations.