Like many early Methodist churches in the South, Zion United Methodist Church in the unincorporated community of Dorchester – located in upper Dorchester County – was organized in the early nineteenth century. At this time, Bishop Francis Asbury, widely considered the father of American Methodism, rode a preaching circuit and delivered sermons to gathered crowds. Traveling by horse and carriage, he covered thousands upon thousands of miles in his 45 years in the United States, doing much to spread the denomination. 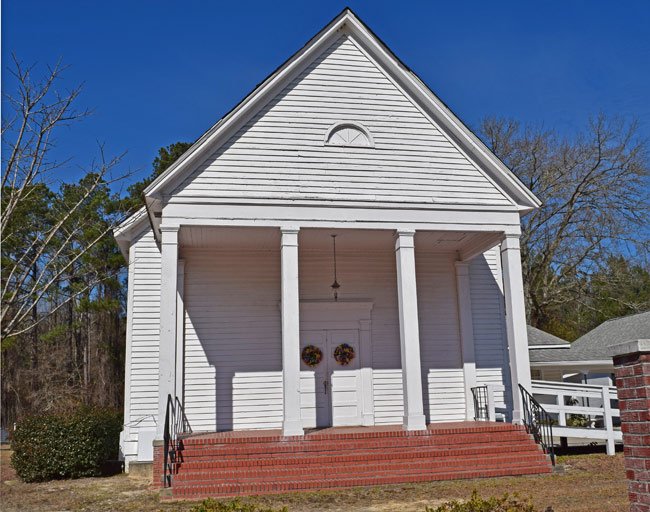 Zion United Methodist is believed to have been established around 1806. At the time, it belonged to the Cypress Circuit. Methodist circuits were geographical territories served by various ministers. The Cypress Circuit covered present-day Dorchester County, Berkeley County, and Colleton County. Because the circuit was large, each individual church was visited by a minster only a few times a year – four or five times was typical. However, lay leaders would hold worship regularly, and the churches grew as a result. The circuit was divided into smaller territories over subsequent decades. 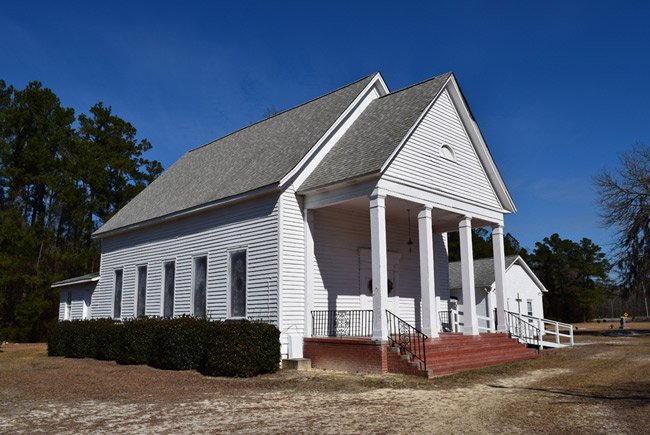 The congregation of Zion initially met beneath a brush arbor until a house of worship could be erected. The first church structure was a log cabin, built soon after the church was founded. This simple sanctuary served the church until 1858. At that time, the log church was replaced by a wooden frame building measuring 30 feet by 45 feet, with ceilings that reached 14 feet. The 1858 church also included 16 windows, both front and back doors, and heart pine floors. The circuit’s namesake cypress, which grows abundantly in this swampy region of Dorchester County, was used to shingle the roof. 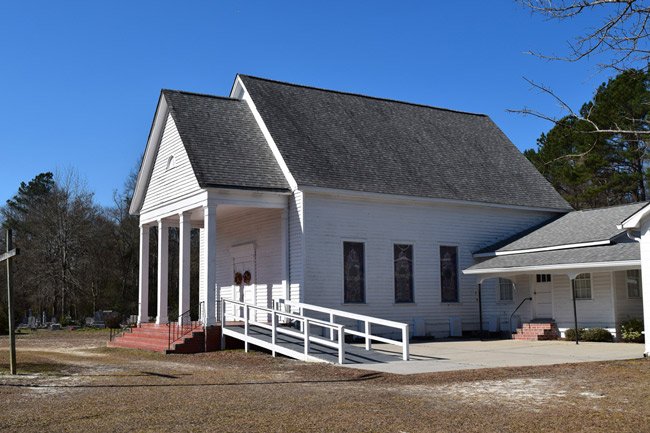 When the second church was built, there was designated space in the rear for slaves to sit during worship. Until Emancipation, records indicate that membership at Zion consisted near equally of black and white members. However, there was a steep decline in black attendance following the Civil War. Church records note that at this time black members were free to leave the church and worship in the style of their choice, which likely led to their exodus from Zion.

In 1867, 3.5 acres of land were officially deeded to the church by Richard Canady and Edward Stephens; the land was part of a larger tract owned by Canady. It is speculated that both men signed the deed because Stephens was Canady’s son-in-law. He married Canady’s first daughter, who died, and subsequently married his second daughter; it is thought he signed the deed on behalf of his children from his first wife. It is also unclear why Canady transferred this deed when he did, as both the log church and the frame church had existed on this portion of his land for many years. One theory is that the original transaction was conducted verbally; another is that the first deed was burned during the Civil War. Above, a marker sits in the Zion United Methodist churchyard honoring Richard Canady and his wife, Susan.

The present building replaced the 1858 church in 1913. Again, the local cypress was used as lumber. As the church grew during the twentieth century, modifications were made. In 1958 it was remodeled, and in 1961 five classrooms and a fellowship hall were added. Zion Methodist Church remains an active congregation in the community of Dorchester.

Jenny Almers, who contributed the above photos and much of the information on this page, shares: “My ancestor donated the land that the church is built upon. Many, many of my ancestors are buried in the cemetery at Zion. My grandparents owned the farm directly across the road from the church, and as a child and young adult, we would attend church at Zion.”