This rural church stands proudly within the Morgana community of Clarks Hill, though the meeting house-style building no longer holds services. The simple sanctuary dates to 1885 when Mrs. Eldred B. McLendon donated land for the construction of a Methodist church. Hugh Henderson Scott, a veteran of the Civil War, was named one of the church’s first trustees, along with two others, Lou M. Crafton and Luda H. Briggs. Scott was known for his illustrious service in the war, serving under General Wade Hampton. 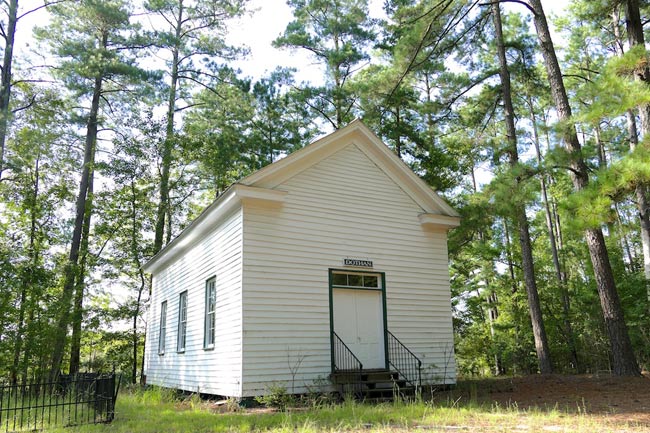 Scott’s service in the Confederacy included acting as a “scout,” or spy, to Union troops. A story claims that he once infiltrated a cabin occupied by Union soldiers, posing as one of their own. He asked the men for food and was invited to sit with them and eat. He then took the information he gleaned from his mission back to his camp. Following the Civil War, Hugh Henderson Scott relocated from his birthplace of Colliers, about four miles away, to the Morgana community of Clarks Hill, where he farmed until his death in 1919. He is interred within the graveyard at Dothan Methodist Church. 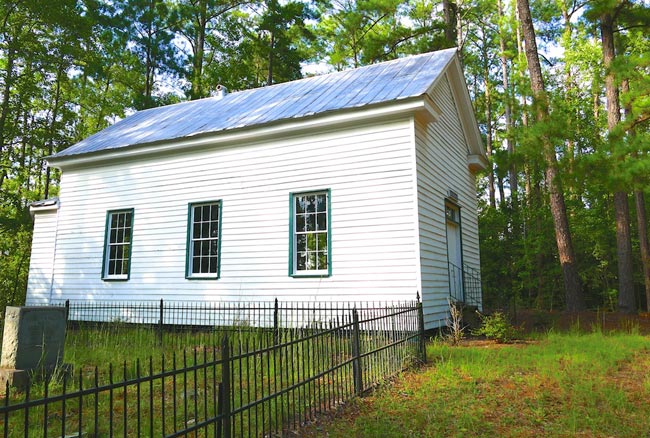 Dothan Methodist Church remained active until the 1930s. At that point, the community of Morgana was sparsely populated, and the state took over ownership of the frame building until 1974. That year, Scott’s great-grandson, Ralph Carter Scott, petitioned the state to transfer the church property to him and succeeded. He then deeded the property to his own son, Robert Mitchell Scott. It is owned and maintained by the Scott family today.