For the first 200 years, the congregation of Big Stevens Creek Baptist met in a simple, wood-frame meeting house. The church, located in North Augusta, was organized in 1762 by the Reverend Daniel Marshall of Connecticut, who came to South Carolina to spread the Separatist Baptist movement, a sect rejected by New England Baptists. Stylistic differences such as emotionalism and practices such as elevating women’s roles in religion characterized the Separatists and led them to relocate to Southern states to establish their brand of worship. 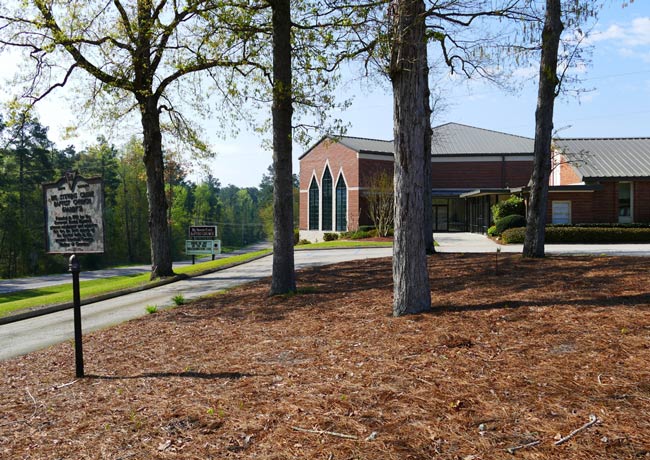 Big Stevens Creek Baptist Church was the mother church of several other Baptist congregations in western South Carolina such as Horn Creek and Republican Baptist, as well as other churches in Georgia. In 1771 Marshall was joined by his son, the Reverend Abraham Marshall, in ministering to the congregation. The church, which was dismissed from the Separatist Sandy Creek Association, joined the Congaree Baptist Association around 1776, though elements of the Separatist style were still used during worship. 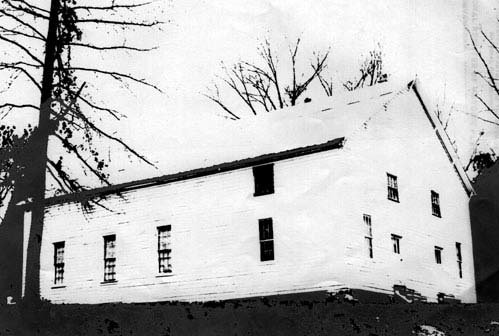 SC Department of Archives and History, 1971

The original meeting house built to serve the congregation was erected in 1776. Seen above, the austere structure served the church for nearly two centuries before worshipers moved into a new brick church in 1973. The original structure was later demolished, and the current sanctuary now holds 440 people. In 2006 a family life center was added to the church campus. 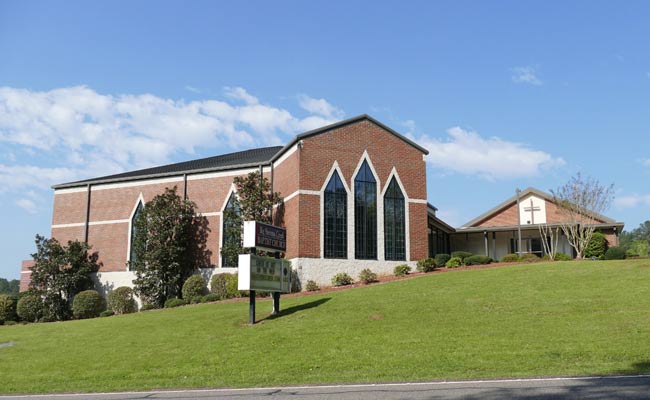 Big Stevens Baptist Church was listed in the National Register in 1971 and removed from the Register in 2005 following the demolition of the original building:

Founded in 1762 by the Reverend Daniel Marshall, the Big Stevens Creek Baptist Church was built in 1776 in the meeting house style. Marshall became one of the strongest of New England “New Light” missionaries, looking for the immediate Second Coming of Christ. He was converted to “Separate Baptists” – a sect characterized as highly emotional, noisy, suspected of Arminianism and disposed to allow women prominence in religious work. Since the “Regular Baptists” were intolerant of the “Separates,” the latter transferred their missionary efforts to the backcountry settlers of Virginia, North Carolina, South Carolina and Georgia. Marshall’s coming into the western section of South Carolina marked the beginning of Baptist work in the territory that later became Edgefield Baptist Association. Marshall served as minister of Big Stevens Creek Baptist Church for several years. After the church was built in 1776, it was a member of Congaree Association, having been dismissed from the Sandy Creek “Separate” Association. However, the “Separate” peculiarities of service were retained. The present church exhibits many original features. Listed in the National Register May 6, 1971. It has since been demolished. Removed from the National Register December 8, 2005.