This historic congregation in Clarks Hill began in 1805 as Bethany at Republican Baptist Church, though not even church historians can decipher the origins of the name. The church formed when members from Big Stevens Creek Baptist Church split to form their own congregation and subsequently built a meeting house near Horn’s Creek. 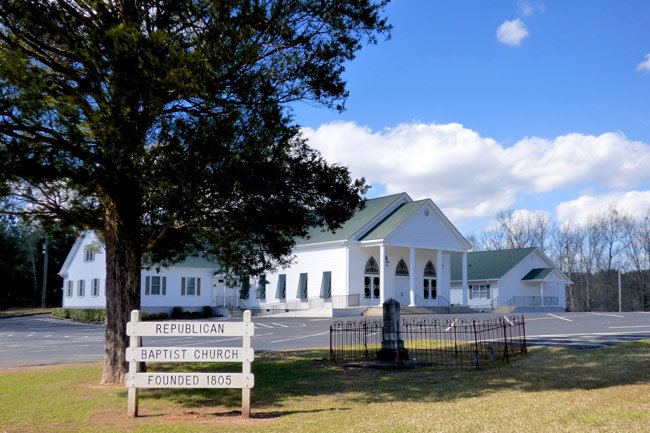 Membership grew through the years, and this church replaced the meeting house in 1850. Interestingly, a slave balcony never existed in the church, though many slaves attended. Records show that in 1838 the church had 60 white members and 61 black members. The church was renovated in 1913, the same year it received its stained glass windows, and enlarged in 2009.