Edgefield County‘s Confederate Memorial is located in the town square in the center of Edgefield. The inscription on the impressive 32-foot obelisk reads simply, “Erected by the women of Edgefield, SC to the memory of their Confederate dead.” 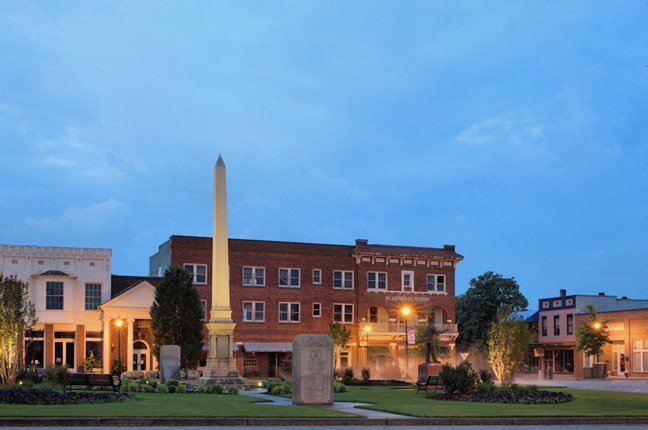 The town square is a memorial park located in front of the county courthouse. Among the monuments found there are a memorial honoring soldiers who died in WWI; a separate monument for all veterans of WWI, WWII, the Korean War, and the Vietnam War; and a monument honoring Edgefield’s most famous son, former Governor and US Senator, Strom Thurmond. 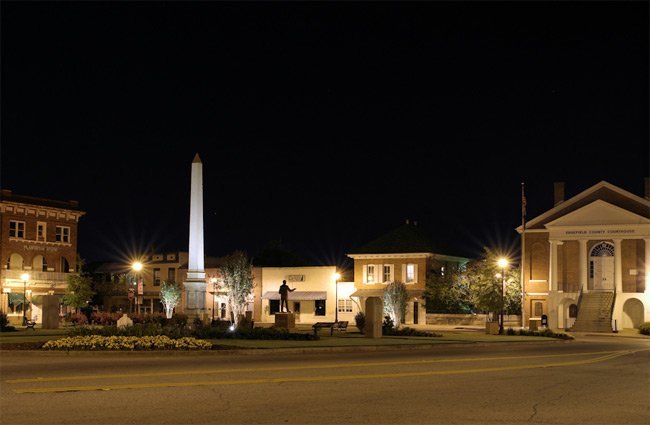 Soon after the Civil War, local members of the United Daughters of the Confederacy began to raise funds for a suitable war memorial. The project finally came to fruition with a dedication ceremony held in August, 1900. Nearly 3,000 people, including many veterans, were said to be in attendance at the unveiling. 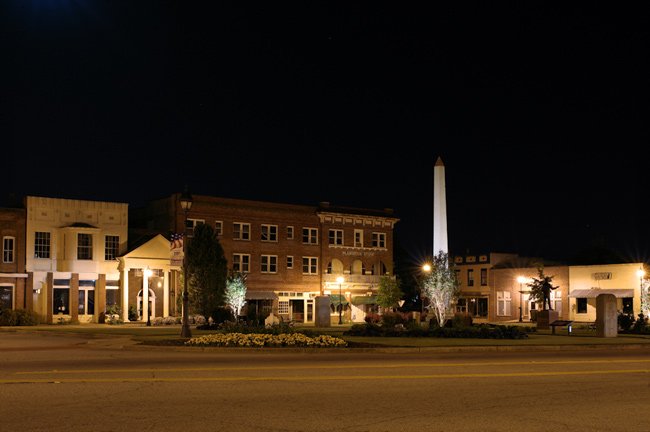 Larry Gleason of Aiken© Do Not Use Without Written Consent 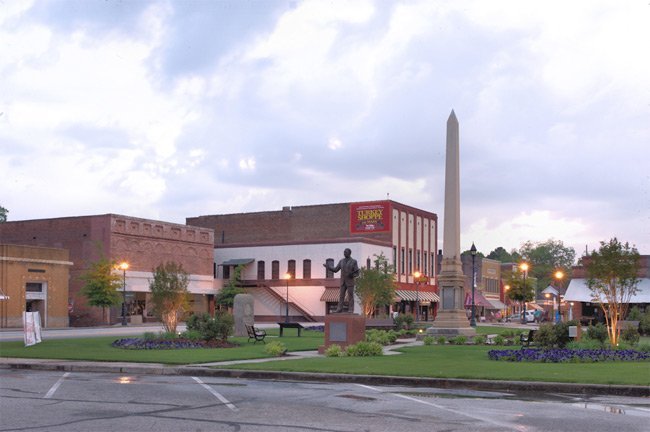