A store has occupied this space in downtown Edgefield since the late nineteenth century. It was originally a mercantile and a pub owned by A.A. Clisby. Clisby’s business was the site of a shooting between the local Booth and Toney families in 1878. The store and bar burned in 1881, and the present building was erected in its place in 1891 by merchant James M. Cobb. Cobb had previously operated another store next door before erecting this larger one for his growing business. A mural depicting the site’s various incarnations was painted on the side of the building in 2011 and sponsored by the Edgefield Regional Arts. It was designed by JoAnn Amos and painted by a team from the ERA. 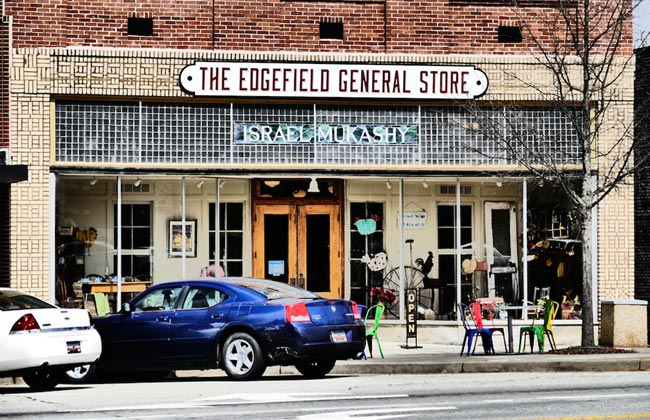 In 1920 Augusta merchant Israel Mukashy took occupancy of the building for his own store. Mukashy had immigrated to neighboring Augusta, Georgia from Russia in 1905. From Augusta, Mukashy would travel across the Savannah River into western South Carolina and sell goods from his one-horse wagon. As his success as a peddler grew, Mukashy desired a permanent location from which to sell his goods. He then opened a store in Edgefield in 1911; his first store was located on Main Street. Mukashy then relocated to another building on Park Row before settling into this one. He remained here until selling his business in 1950. By then his business had grown significantly and was called the Mukashy Department Store. 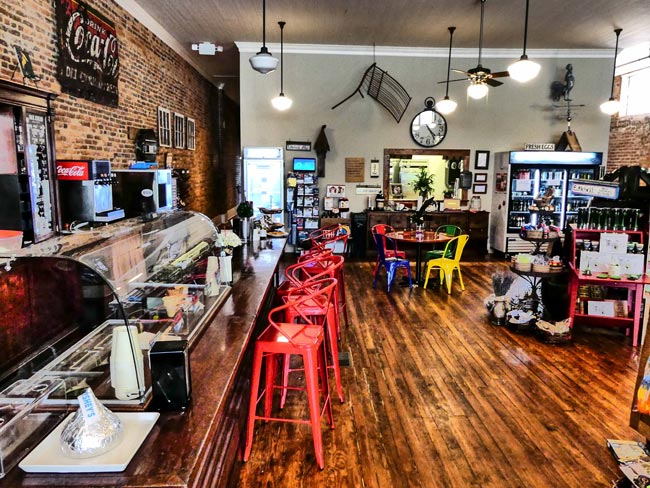 Following Mukashy’s ownership of the building, it became Carolina Sales, another thriving retail business which operated until 1999. Since then the building has served as an entertainment venue and retail space. In 2014 the building was converted into the Edgefield General Store by owners George and Beth Thornton. George Thornton is also the CEO of the National Wild Turkey Federation. 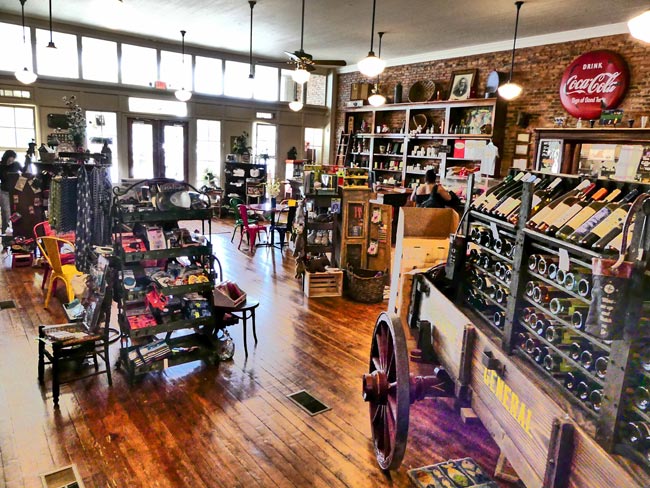 The Edgefield General Store honors the building’s roots as a general mercantile and serves as living piece of American nostalgia. A counter allows patrons to order treats from the soda fountain, and local Edgefield pottery is also found within its historic walls. Beth Thornton also owns a local pottery studio called Clay Works.