The story of the Lyles family of Winnsboro is told on this stone marker. Brothers John and Ephraim, originally of Virginia, settled in the area in 1745. They built their homes at the mouth of Beaver Creek on the Broad River. 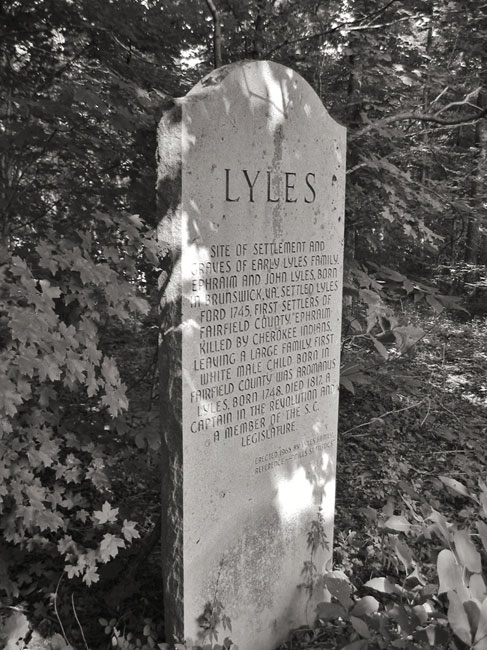 Teri Leigh Teed of Camden, 2006 © Do Not Use Without Written Consent

There was unrest between Cherokee Indians and Upstate settlers during this period. Both groups laid claim to valuable land near creeks and rivers. Ephraim was killed in his home around the time of the Cherokee War (1760-1761), though his wife and children were spared. His son, Colonel Aromanus Lyles, became an officer in the Revolutionary War and served in the state legislature.

You can learn about a larger Cherokee attack, the Long Cane Massacre in McCormick County, here.