German immigrant Jacob Lindler came to Charleston aboard the Elizabeth in 1752. Two years later, in 1754, he received a land grant of 100 acres near the Broad River in present-day Fairfield County, which he eventually sold. His first wife died sometime before 1762, as records indicate he married his second wife that year. He received 50 more acres from his second marriage and was granted another 134 acres in 1788 near present-day Chapin. Other German settlers arrived during the eighteenth century, and the Lindler family grew and spread throughout the area. Soon the land around present-day Lake Murray, including Lexington and Richland counties, became known as Dutch Fork. The name is thought to have derived from the phrase, Deutsch volk, or “German people.” 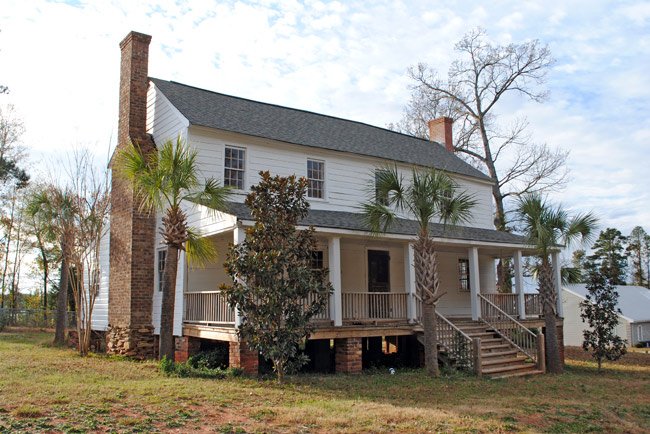 In 1847 Lindler descendants settled into a pre-Revolutionary War log cabin in what is today the Ballentine community of Irmo. The original occupants of the home are unknown. The Lindlers added onto the cabin, expanding the rear and adding a second story using salvaged logs. The resulting home seen above and below concealed the earlier cabin, which is a structure of hand-hewn logs with intersecting trapezoidal edges, or dovetails. The eighteenth-century dovetails, along with the original interior of full pine panel, are rare finds in South Carolina. 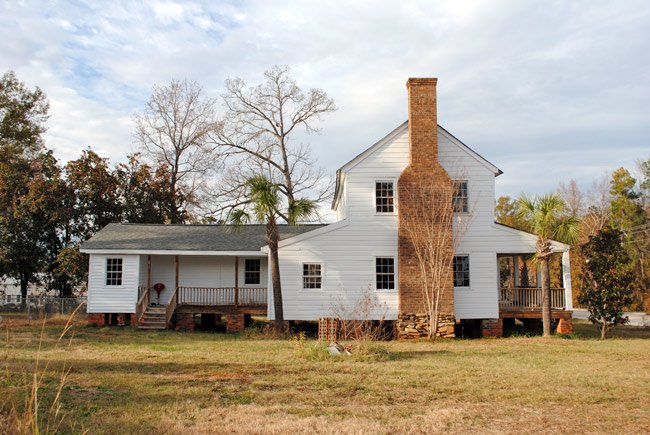 The home was set to be demolished in 2008 to make way for the construction of the Walmart Center that now stands behind it. The house had been vacant since the 1990s, and development had sprung up around it in subsequent years. Executive Director of the Palmetto Trust for Historic Preservation Mike Bedenbaugh ventured inside the abandoned home prior to the construction project, believing it to be a nineteenth-century vernacular farmhouse. When he discovered the eighteenth-century cabin hidden within the two-story home, he worked with Bright-Myers Development to save the historic structure. 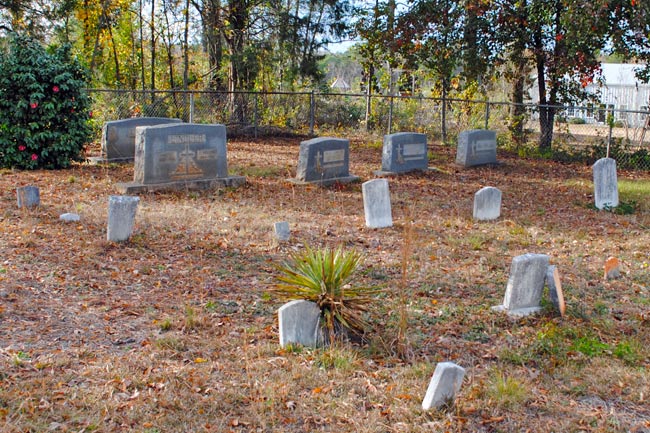 By the fall of 2008 the home had been relocated just a short distance to a .19-acre parcel of land directly in front of the Lindler Cemetery, seen above. The house and cemetery stand behind the present Walmart Center. The Richland County Conservation Commission awarded a $45,000 grant to the Palmetto Trust towards dismantling the chimneys, building new footings, moving the house to new site, and laying a new roof. The grant was matched by the Palmetto Trust, and additional private contributions were made in order to move and stabilize the home. In December of 2010 the Palmetto Trust sold the home after two-and-a-half years of rehabilitation efforts and negotiations. The new owners completed the restoration, and the home is used as commercial space.