Though quaint in size, New Hope Associate Reformed Presbyterian Church (ARP) in the Fairfield County community of Woodward exhibits a detailed architectural style reflective of the prosperous post-Reconstruction era during which it was built. Completed in 1886 along with its Session House – where the church’s governing body would meet – it is the third house of worship used by the New Hope ARP congregation, which organized on September 19, 1796. 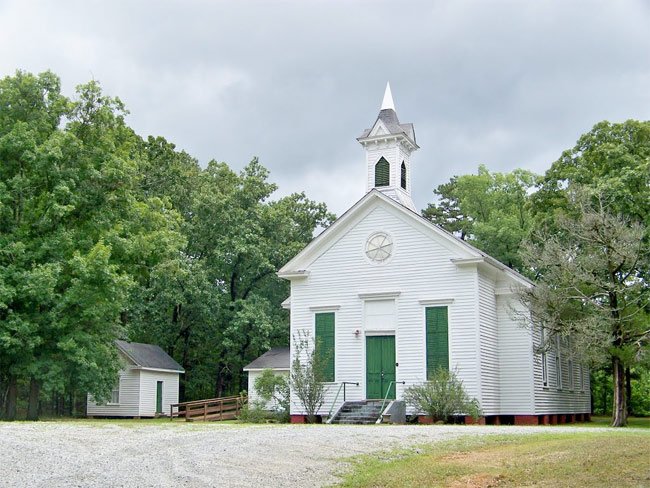 The congregation originally met in a brush arbor called Carnahan’s Stand (also spelled Kierneyhan and Kerneyham, among other variations), which was located near the old cemetery behind the current church to the east. After a few years a log cabin-type structure was built about a quarter of a mile from the current church and served the growing congregation until 1830. The church was led by the Reverend John Hemphill during this time, who served from the congregation’s inception until his death in 1832. 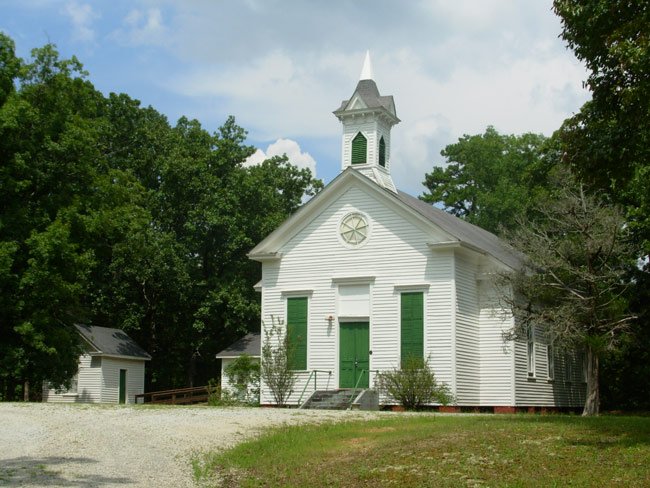 Steuart Brice of Cayce, 2013 © Do Not Use Without Written Consent 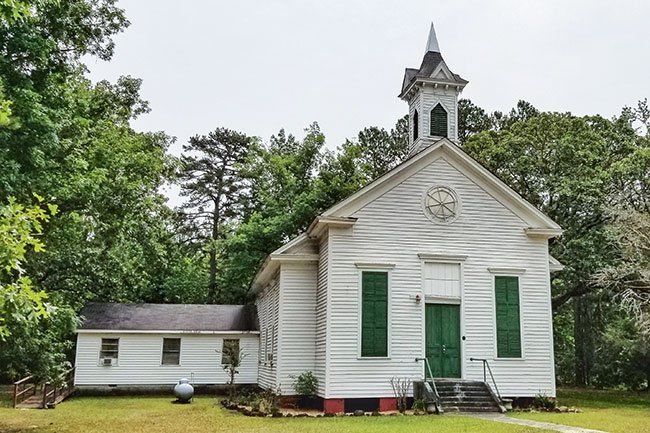 New Hope ARP Church is listed in the National Register:

New Hope A.R.P. Church and Session House were constructed ca. 1886. This church, with its decorated belfry and its intact session house, is significant as an interesting example of local interpretation of stylistic elements of religious architecture. The meeting house form church is a one-story, weatherboarded, frame church with an apsidal plan and a narthex pavilion. A bracketed belfry with bellcast roof, gablets, and finial surmounts the front-gabled roof. The gable end features a boxed cornice with returns and a blind oculus. Façade fenestration with shelf architraves has a double-leaf door surmounted by a ten-light transom flanked by single, large-paned, four-over-four, shuttered windows. Side elevations have windows identical to those of the façade. The interior walls are plastered above narrow-beaded-board wainscoting. The rear balcony displays a turned balustrade. Alterations include a 1970 left wing and the front steps. The session house is a ten by twelve foot weatherboarded frame building with a gable end roof with boxed cornices.