This home in the community of Shelton (adjacent to Blair) may have a newer appearance due to modern updates, but it was completed in 1845 for John Christopher Columbus Feaster. Feaster and his contractor, William Longergan from neighboring Charlotte, North Carolina, made the bricks for the home on site and also used heart pine from the property’s timber for the interior. The house has no wooden frame and is completely supported by its stuccoed brick walls. The Feasters lived here until the Civil War. During the war, Union troops led by General Kilpatrick attempted to burn the home. Though the home resisted the flames, the interior is said to be stained with a burn mark from the incident. 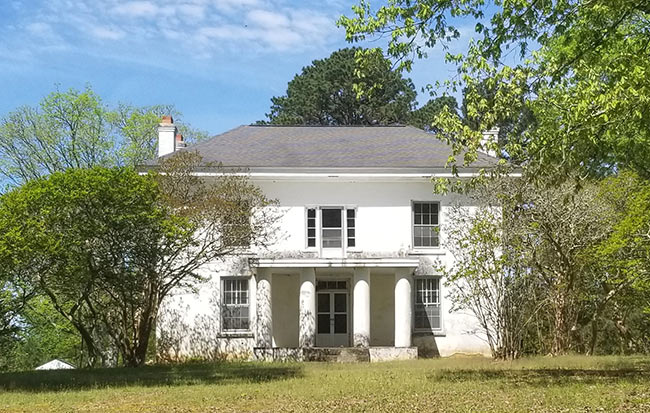 Following the war, Feaster sold the home to Major Charles W. Faucette, Sr. A Confederate veteran, Faucette had returned from the war to find that his home in nearby Winnsboro had been burned. The Faucettes moved into their new home in 1868, which they called Clanmore, and it has remained in the Faucette family since. 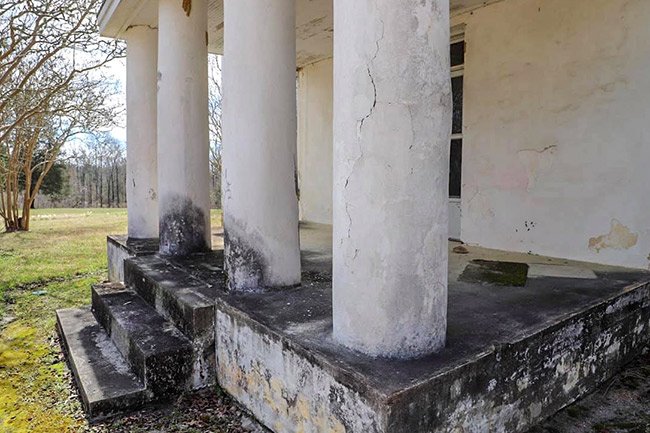 The house originally included a separate brick kitchen in the rear that was connected to the main house by a covered walkway. Within the kitchen was a fireplace that served as an oven. The kitchen has since been replaced by a newer addition, seen above. The interior of the house contains four rooms on each floor with a central hallway dividing the rooms on both stories. Double chimneys on each end of the house ensured warmth throughout the home in its early years. 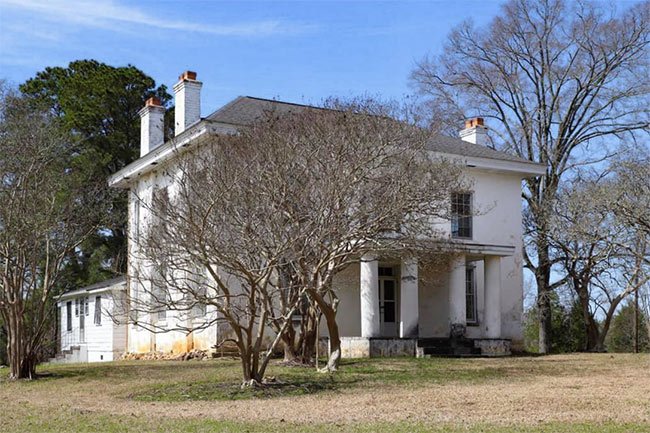 An open balcony with a wrought-iron railing originally stood over the columns that adorn the entrance. Though no longer extant, matching columns topped with rose-covered lattice once lined the walkway, making for a striking first appearance. Like the attached columns and the house, the freestanding columns were stuccoed brick. Records claim the columns were destroyed during a cyclone in 1886. 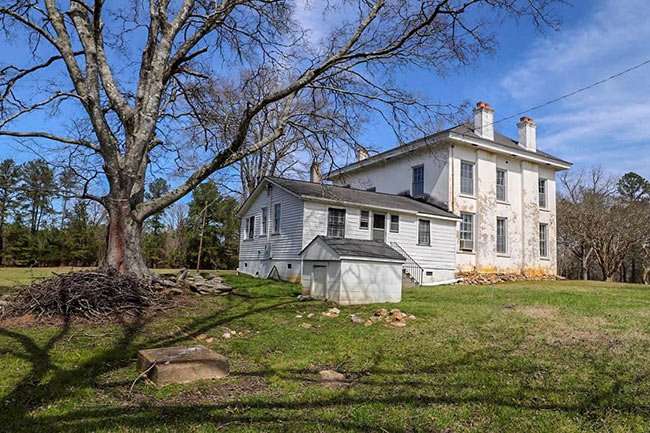 According to local legend, when the Federal troops invaded the home, they helped themselves to the Feasters’ valuables and food and made a point of destroying newly-made dresses they found hanging in a bedroom. The dresses were slashed and used to start a fire, but as soon as the soldiers left the home, the fire was extinguished by Lula Feaster, niece of John Feaster who was staying at the home as a war refugee. A frustrated soldier saw that the house had not burned and returned to again set it on fire, but once more his efforts were sabotaged by Lula Feaster. The home was not visited by Union soldiers again. Though the home remains in the ownership of Faucette relatives, it is currently uninhabited. 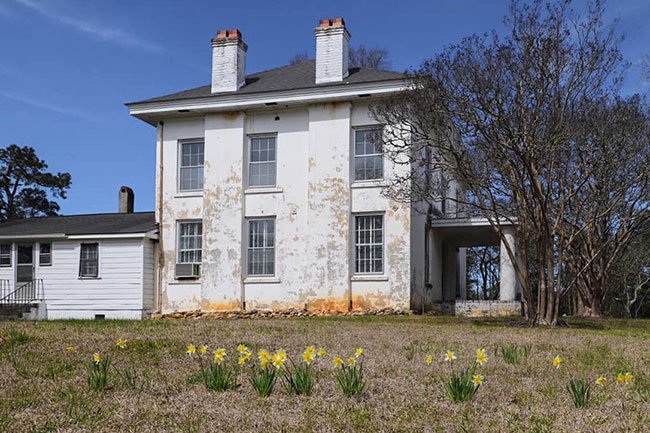