Just east of the Broad River in rural Fairfield County loom six large stone cylinders – abandoned cisterns from the former Shivar Springs Bottling Company. The business began in the early twentieth century after Nathaniel Shivar, a shoe salesman from Columbia, came to the present-day Blair area – also known as both Shelton and Clayton – to recuperate from an illness. During his stay, he consumed water from a nearby mineral spring owned by a widow named Newbill, with whom he was boarding. Shivar became convinced of the water’s healing properties and also became smitten with Newbill. The two eventually married. 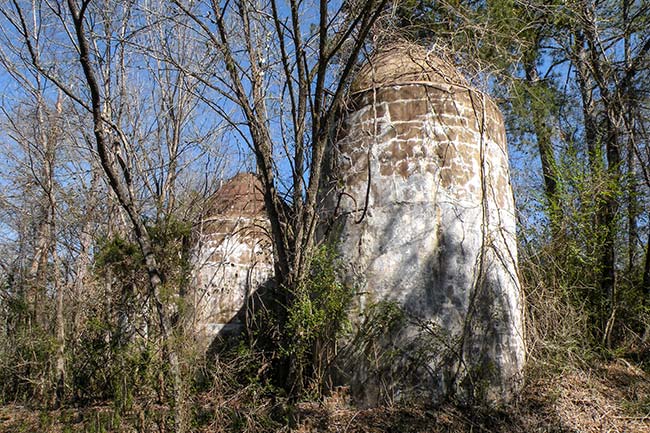 By 1907 Shivar was selling bottled mineral water from the spring as well as ginger ale and had built a brick plant to accommodate his growing business. Two years later, the South Carolina House of Representatives recognized Shivar “for the excellent quality of water furnished during the session of 1909.” In 1915 the bottling plant burned, and Shivar quickly rebuilt it, this time with wood. 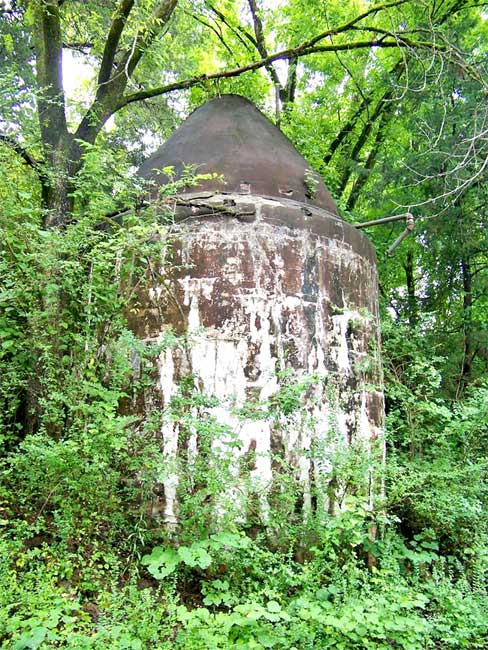 Though Shivar witnessed the initial prosperity of his bottling company, a local newspaper gave notice of the business’s bankruptcy sale three months prior to Shivar’s death in 1922. Following Shivar’s death, the business’s assistant manager, William McDowell, successfully operated the company through various subsequent ownerships. McDowell finally purchased the business in 1941, as well as the Grapette Bottling Company in Greenville. 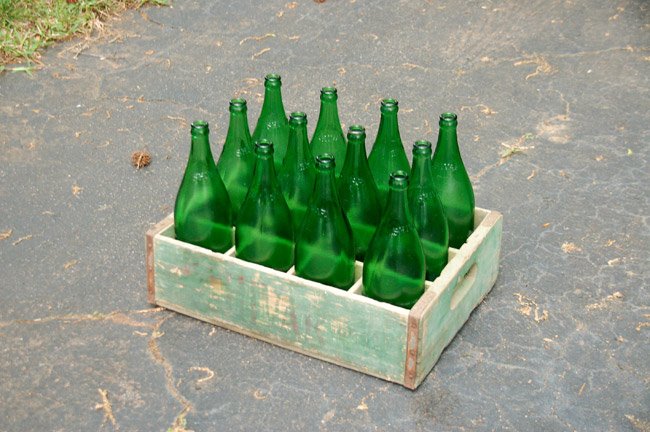 New flavors were added to the beverage product line by 1955, including grape, lemon, and root beer. A fire in 1957 destroyed part of the plant, which was not rebuilt, effectively ending the Shivar Bottling Company.

The Shivar Springs Bottling Company Cisterns are listed in the National Register: