This meeting house rests in a rural Fairfield County community called Feasterville near Blair. The community was named for Andrew Feaster, an immigrant from Switzerland who, along with his son John, built the Liberty Universalist Church seen here in 1832. The church, which is rooted in the belief of universal salvation, was established in Fairfield County by Andrew Feaster in 1777. Surrounded by trees and accessed by a dirt road, it is the only remaining nineteenth-century Universalist church in South Carolina. In 1838 the Universalist Society of Fairfield County purchased the church and six surrounding acres from John M. Feaster, son of John Feaster. 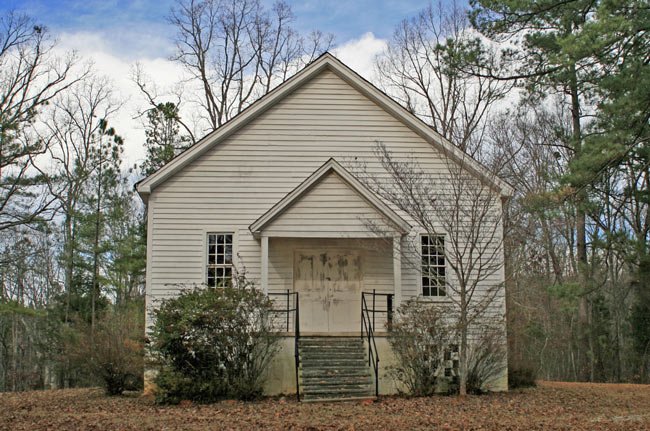 A Universalist school for female students called Feasterville Academy was established in 1840 by John Feaster. In 1841 academy trustees hired the Reverend L.F.W. Andrews – a minister in the Universalist faith – to teach classical studies at the school the following year. The school was originally intended to be coeducational; however, Feaster later decided to make his school a female academy. In an 1844 issue of The South Carolinian, Feaster says, “Woman, far more than man, lays the foundation of all that is good in society, in the early training of the infant and the youthful mind.” At this time the name of the school was Feasterville Female Seminary, and its director was advertised as Mrs. Celia Ladd. 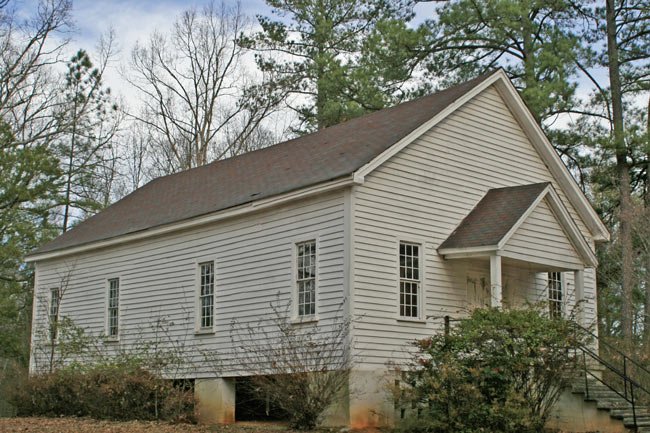 Three buildings to serve the academy were built across the road from the church during the 1840s. The school sat on land owned by Feaster across from Liberty Universalist Church and included a boarding house, a school house, and a separate kitchen building, all built around 1842. Forty-one girls from several Upstate counties as well as North Carolina were boarding at the academy in 1850. Today the historic buildings are still intact, though the Feasterville Academy buildings are on private, gated property. 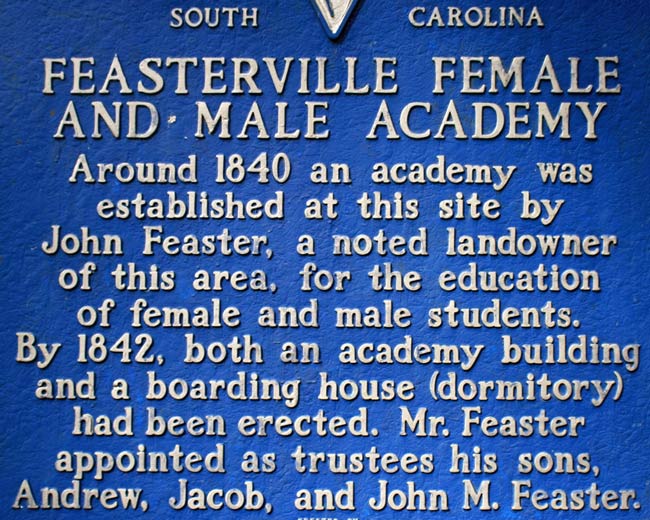 The Liberty Universalist Church and Feasterville Academy Historic District is a significant collection of early to mid-nineteenth century educational and religious buildings. The church is the only known nineteenth century Universalist Church remaining in the state and the academy complex is an unusually intact collection of buildings associated with an antebellum academy. The district contains four frame buildings believed to have been constructed between 1830 and 1845. The Church is located in a clearing on the western side of the highway. Three buildings associated with the Academy (a boarding house, a kitchen, and a school building) are located in a clearing on the eastern side. According to tradition the Universalist faith was established in the Beaver Creek section of rural Fairfield County by members of the Feaster family. The first member of the family to settle in Fairfield County was Andrew Feaster (1735-1821), a native of Switzerland. Feaster and his son John were both reputed to have been advocates of universal salvation. It is not known exactly when the Feasterville Academy was first organized. In 1841 the “trustees of Feasterville Academy” contracted with L.F.W. Andrews, an Universalist minister, to teach “the usual English and Classical branches” for the year 1842.